Comic of the Week #13 Beware the Night! 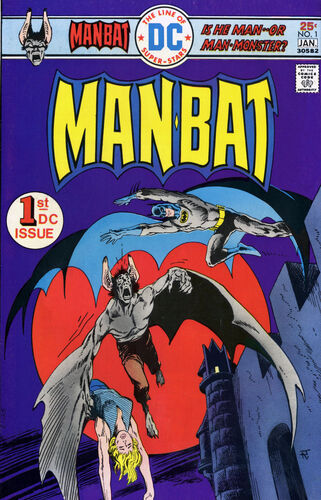 This week is Man-Bat #1. An oldie but just look at that cover. Apparently Bruce Wayne makes an appearance. And it's got atmosphere. Here's another version of their conflict- this was years later- but a very similar feel?