Written by Peter Tomasi and illustrated by Neal Adams.

First of all I was excited to see comics legend Neal Adams doing the artwork for issue #2. We pick up right where issue #1 left off, with King Caesar of the Tiger people about to set off a nuclear warhead, like the idiot that he apparently is. Kamandi tries to warn him but gets slapped down, so he makes a break for it (sorry dude but you probably can't outrun a nuclear explosion- still, I'm sure I'd run too), but he doesn't get very far before being recaptured by his previous captor, Prince Tuftan. It doesn't look good for Kamandi, who laments that he's never going to kiss a girl, but when the countdown hits zero there's no explosion. Instead a great ape leaps out of the missile and starts killing tigers. A Trojan horse- the apes are striking the tigers unawares!

Kamandi seizes the opportunity to break free and manages to snag a bolo net gun. He also makes the acquaintance of a bird- like creature that guards the Museum of War, where the tigers are storing all the weapons they find. Kamandi finds himself in a forbidden area, where he unearths a weird chair that is apparently a teleportation device? He activates it- somehow- and transports himself, along with Dr. Canus and Tuftan, somewhere else. He and his animal companions have no idea where they are, until the nonhumans realize they are on the border of the Wild Human Reserve. Whatever that is.

Unfortunately they are confronted by two robots called Manhunters, and the two animals are quickly zapped. Kamandi's not going without a fight, though, and after being disarmed he throws himself off a cliff rather than be taken. Does he fall to his doom? Well, we'll have to find out next issue!

So this one wasn't too bad, although it didn't quite the match the first one for me. Obviously with a different team every issue the quality level is going to vary wildly, but I love the idea (and zaniness) of this and will definitely keep reading. And it's always a treat to see Neal Adams doing comics. 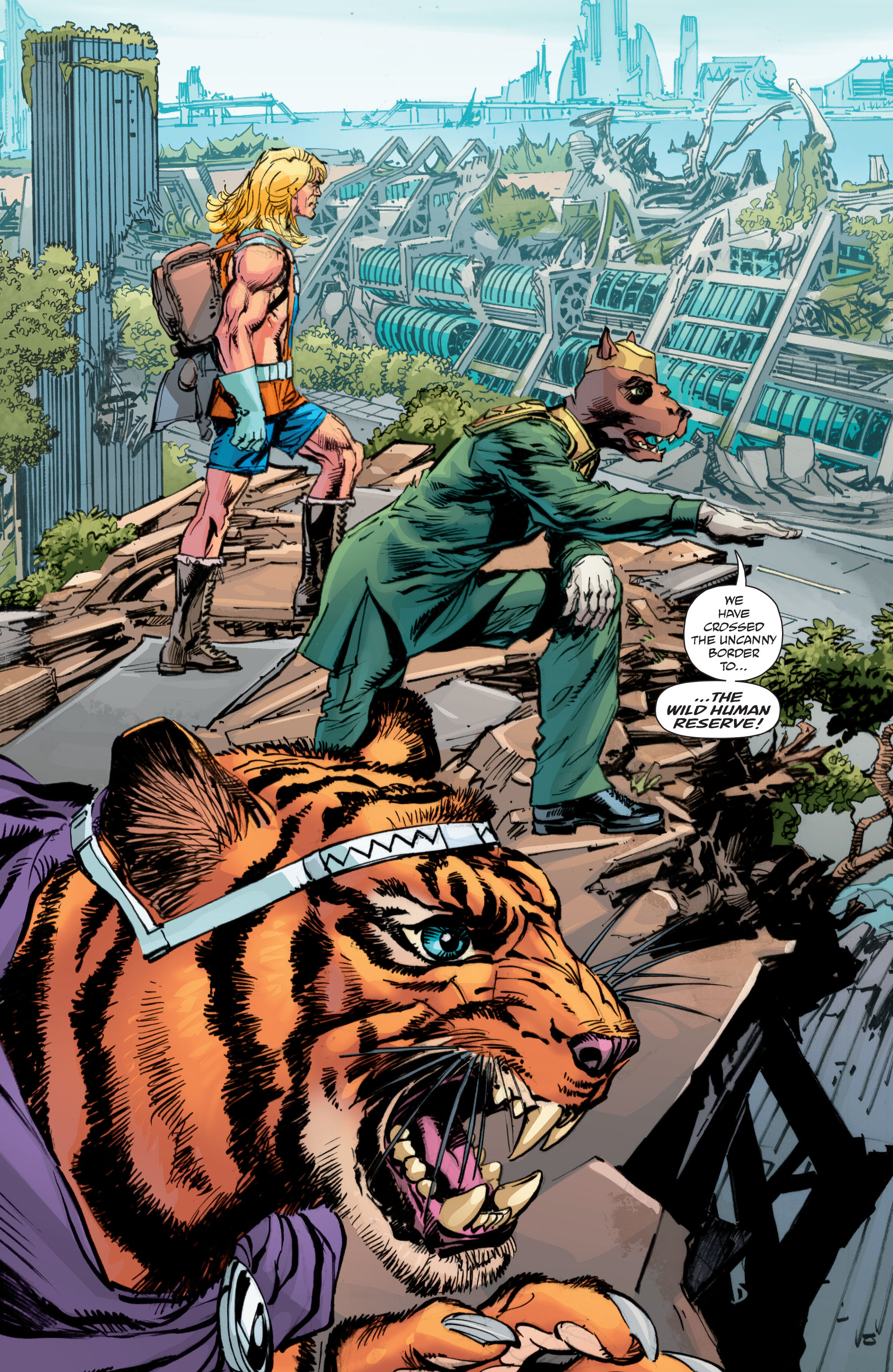