Game of Thrones The Broken Man 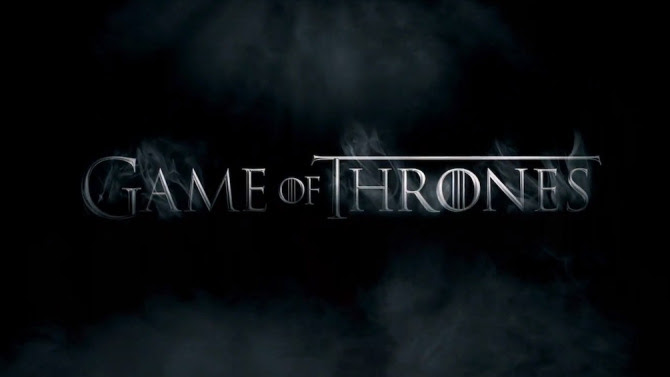 This episode was a mixed bag for me. The centerpiece of the story is obviously the return of Sandor Clegane- after a long absence we get confirmation that he's alive- and I think it's done effectively even though it differs from the book situation. Sandor is a changed man now, he's with a group of faithful and is leaving his old life behind- but as with so many in this world, he soon finds that there is no leaving it behind. You may try and walk away, but the past sometimes comes back whether you like it or not. This post will contain spoilers for this episode.

Two important thing happen tonight. The first is the return of Sandor, and the second is the mixed success of the Jon/ Sansa alliance. Jon rallies the wildlings to his side, with help from Tormund and the giant Wun Wun, but rallying the northern houses turns out to be more difficult. He and Sansa are able to win Lyanna Mormont's support (the ten year old who runs house Mormont now- and by the way, was she awesome or what) but they have less success with the Glovers. I thought the Mormont scenes were well done except that Jon and Sansa seemed tongue-tied, unable to make their case to a ten year old girl. It fell to Davos to save the day and speak up for them. If this is the best the Starks can do, maybe they are in trouble.

It's kind of sad how they're handling this, as the show diverges more and more from the books. Here Lord Glover rejects the Stark appeal, whereas in the books Galbart Glover is working with Lord Manderly to at least ostensibly return the Starks to power. It's particularly irritating to me because house Glover seems so loyal to the Starks in the books, it's hard to see them portrayed here in this way. And Sansa needs to step up if she wants to be the Stark - but obviously this is all being done so she has to turn to Littlefinger and his Vale knights, as she does in her last scene.

Some other stuff happened. Margaery is a crafty one, having seemingly pulled the wool over the High Sparrow's eyes. She seems sincere and devout until we see her slip a note to the Queen of Thorns, and thus we know she's still the Margaery we know. How this will turn out remains to be seen, but Olenna is heading back to Highgarden as soon as she can. I think Margaery is trying to protect her after the Sparrow obliquely threatened Olenna's life. Olenna wasn't shy about telling Cersei what she thought either- she's the only one who does that.

Jaime is in the riverlands- do people travel fast on this show or what? I mean seriously, not only this but Theon and Yara are in Volantis already, and Jon and Sansa are al over the north. It's ridiculous really but whatever. Jaime puts the Freys in their place and parleys with the Blackfish- who pretty much gets the better of him. It's somewhat similar to how it plays out in the books, but show Jaime (as always) comes off so much worse. His character is pretty much destroyed on the show. His story arc in A Storm of Swords especially is so rich, so nuanced, that show watchers who haven't read the books are really missing out on Jaime's character. At least in my opinion.

I did like how the Blackfish asked Jaime where Arya and Sansa were, and since he didn't have them did he want to resume his imprisonment? This is a clear call out to the fact that he swore an oath to recover them, and not to raise his hands against the Starks again- did he make that oath on the show?- and I liked how they handled the scene where Jaime rebuked the Freys after the Blackfish called their bluff re: Edmure. That was done well.

Lastly I want to talk a bit about Yara and Arya. Boy that's weird seeing those names so close together (Yara is of course Asha in the books, but you know- HBO). As mentioned previously, the Greyjoy siblings are in Volantis and Yara is getting a little F/F action. "Nothing on the Iron Islands has an ass like that" she tells Theon. And Arya- she's going home! She's apparently getting her last look around Braavos and of course the Waif gets the drop on her- oh oh it doesn't look good. Arya is bleeding out... what happens next?

And so back to Sandor. His attempt at peace is shattered when the faithful he's been hanging with are all killed while he's off chopping wood or whatever- and so we have a vengeful Sandor back in the game.
Posted by Greg at 11:45 PM