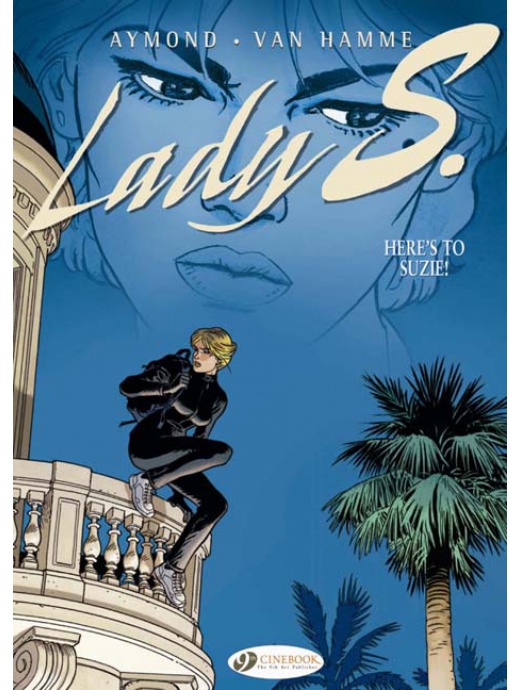 Lady S is my latest Eurocomic pick up. Susan is the adopted daughter of an American diplomat and she also happens to be a spy for a secretive organization in Europe- a group that combats terrorism worldwide. She's Estonian and became a thief after her parents were killed trying to defect during the Cold War- after living a precarious existence in several countries she came into contact with James Fitzroy, a roving ambassador for the U.S., and was later adopted by him and his wife. She now puts her considerable skills and quick mind to use for the shadowy group she works for.

Lots of espionage ensues of course. This was a pretty good read with some nifty twists and turns and a spy thriller feel. I enjoyed the art too- the scenery is particularly effective, as were shots of landmarks and whatnot in Belgium and other locations. Susan hails from a rough background and has had to do some dubious things to survive, but now she's a skilled operator as well as a loyal and devoted stepdaughter- the juxtaposition of two different worlds was fun to read.
Posted by Greg at 7:59 PM