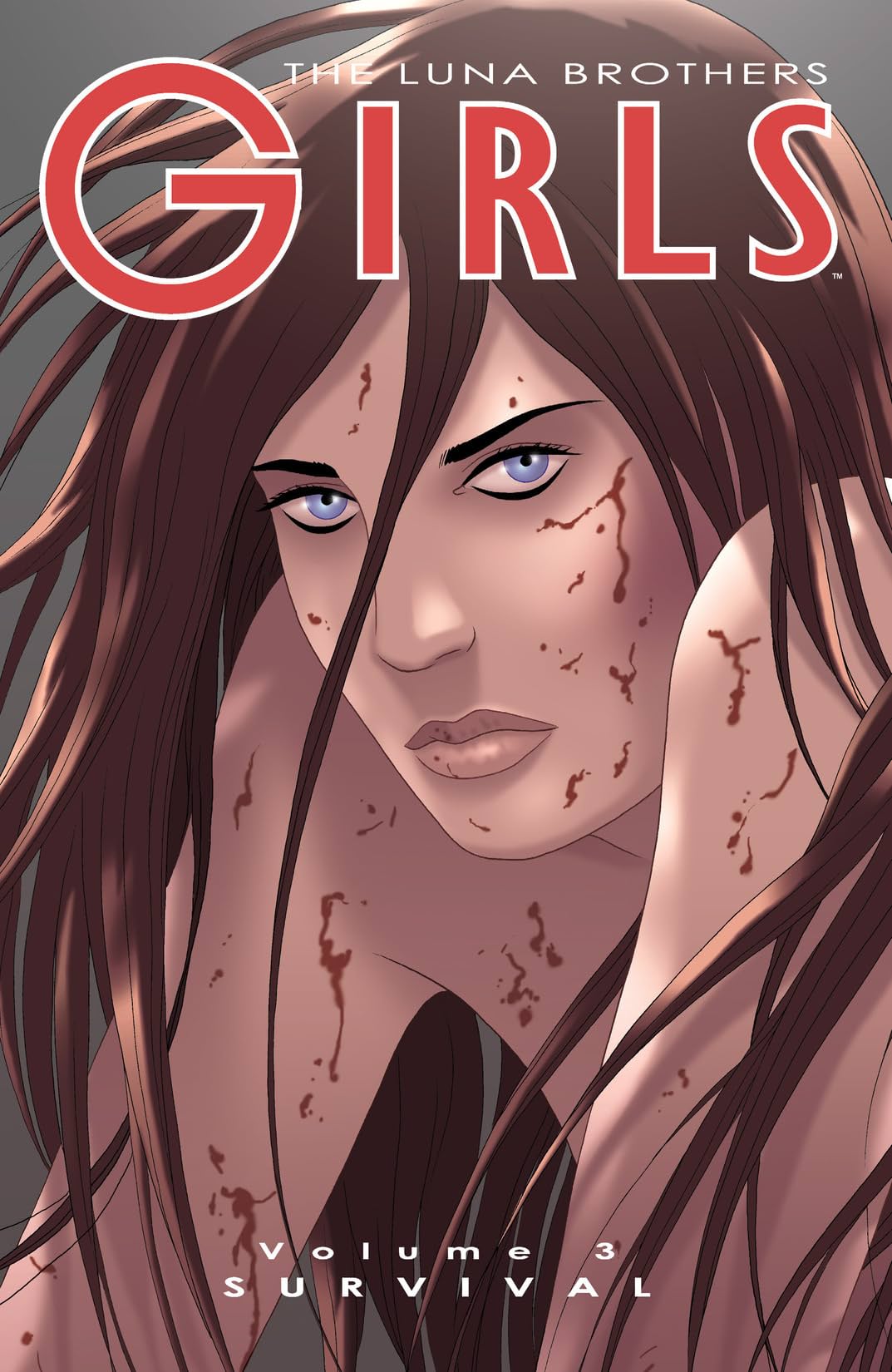 Wes and Kenny are having it out over what Kenny has done. To recap- Kenny has just had sex with a bunch of "girls" and there are now eggs everywhere. Nancy's putting the men to work building a ditch in order to trap the "girls". Some of the other women think that's nuts but Nancy's convinced they need to take the fight to the invaders. Meanwhile, Ted isn't sure he can face his wife again after hitting her two issues ago, and when they encounter a bear... no doubt the one encountered earlier in this series- Wes gets mauled, and who comes to the rescue? The "girls"! There's this great scene where they swarm the bear and they kind of kick ass? Even biting it???

Like I've said- you never know where this comic is going.

Wes feels the women need protecting but Lester points out that Nancy just about blew Ted's face off as evidence they don't! Again, the gender role dynamics and what would you do in this situation are the most fascinating thing about this story.

Also how well do you know someone? All through the series Ted has seemed like a good guy but here he and the men with him don't want to go back. Anyway Wes and Ted have it out, Wes is knocked out, and time passes. And when he wakes up... a lot of eggs have hatched. Back at the McCallisters the men have finished digging the pit trap, and Nancy has them back in the shed. They're just waiting now for the "girls" to take the bait and come after them- after all, the pit is ready. The "girls", however, are up to something else. They converge on the broken bridge (it collapsed earlier in the series) and are collecting corpses from the river. Women corpses.


Ying-ma is killing it to start this one out. I love her.

"Crazy bitches. Look! Look what they do now. They just put out four bonfire. Now naked girls will come here like cockroach."

She is, of course, referring to Nancy's plan to trap the "girls" in the pit trap she had the men dig. Will it work?

More words of wisdom from her as she consoles her daughter, who is grieving over her father's death.

"Life never fair. This hard lesson-- lesson I learn since very young girl. And ever since you born, I hope and pray you never experience, but this is way of things, honey. Life is struggle--it take things from you."

That's what I love about this series. No one is one dimensional- everyone has layers. Meanwhile, the "girls" are dragging women corpses out of the river and taking them through the woods. Where are they going? Well, they take them to the sperm- monster and begin- eating them- and the sperm- monster starts assimilating the bodies, like we've seen it do previously. Eww.

Ted's group at this point is debating what happened with Wes after the altercation with Ted. Which raises the question- if there's one local authority in a situation like this- how far does respect and allegiance to that authority go? Should they follow Wes' lead just because he's the local cop? And Ted is struggling with what he did. Meanwhile at the house the women are preparing for the "girls", and when they arrive there are a lot. The women start to freak but Nancy keeps 'em cool, and the "girls" start falling into the pit trap. They open fire, and between the guns and the spikes in the pit they kill a lot of "girls".

The guys can only watch the carnage through the gap in the shed doors, since they're still prisoners. Rob remarks how it looks like a slaughter. You kinda feel bad for the "girls" here, a bit. I mean it's like a turkey shoot.

"It was weird. I didn't think I could kill that many people-- if you consider those freaks people. It was just so-- freakishly easy."

Like I said- scary. Oh, and this is a surprise! Ying-ma boots the other women out.

""Safe"? You feel safe around these psychos? Since day one, they cause trouble. They take without ask, give order, shoot guns everywhere, tie men up-- they respect nothing! What stop them from tying us? Shooting us?"

So she boots 'em out, including the men. And fires off a few rounds too when Nancy balks, just to get them moving. Of course, there are "girls" everywhere. And when the shit hits the fan, the men just... stand there? Ethan's like- are we gonna help? Then he sees Taylor in trouble and rushes to help and he comes across the sperm monster- which is much bigger now.
Posted by Greg at 4:13 PM