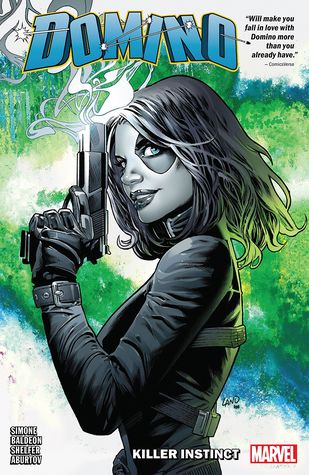 She's a fun addition and it was nice to see her pop up here. She has too much potential to not be utilized. The focus here though is strictly on Domino, and Simone takes aim at Domino's strength- her uncanny luck- by deconstructing her to an extent, using a nasty villain named Topaz who has links to Dom's past. It wasn't amazing or anything but it was good and this title has a lot of potential- Gail Simone seems to be having fun with it and I will definitely be sticking around for a while.
Posted by Greg at 12:00 AM