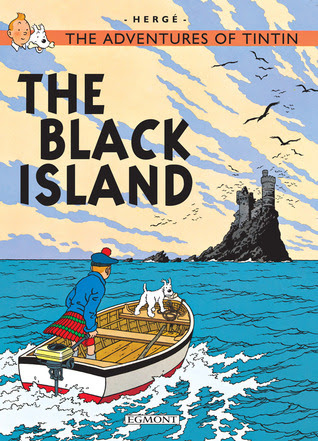 We found this on vacation and had to get it. My daughter loves these and we had a lot of fun laughing over this one.This is an earlier one in the series so the larger supporting cast of later volumes is absent- it's mostly Tintin and Snowy here, but that's fine and it works. The artwork is superb as always, and really gives you a feel for the locations that Tintin goes to. This one has it all- a chase on a train, plane crashes, you name it. A fun, action packed story and a joy to look at as well.
Posted by Greg at 12:00 AM