TOR has just released an excerpt of the new George RR Martin story coming in December. The upcoming anthology Dangerous Women contains a novella by Martin called "The Princess and the Queen" The story concerns the Dance of the Dragons period in the history of Westeros, when two factions of Targaryens fought over the Iron Throne. Game of Thrones fans won't want to miss this!

The teaser for the novella can be found here. 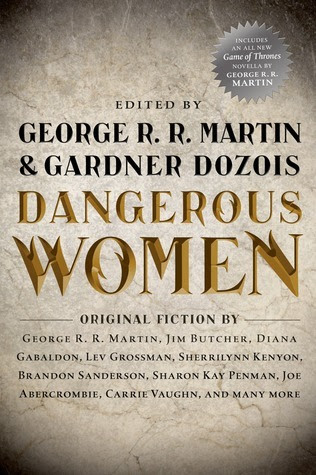 The Dangerous Women anthology contains following stories:
- Introduction by Gardner Dozois
- “Some Desperado” by Joe Abercrombie - A Red Country story
- “My Heart is Either Broken” by Megan Abbott
- “Nora’s Song” by Cecelia Holland
- “The Hands That Are Not There” by Melinda Snodgrass
- “Bombshells” by Jim Butcher - A Harry Dresden story
- “Raisa Stepanova” by Carrie Vaughn
- “Wrestling Jesus” by Joe R. Lansdale
- “Neighbors” by Megan Lindholm
- “I Know How to Pick ’Em” by Lawrence Block
- “Shadows For Silence in the Forests of Hell” by Brandon Sanderson
- “A Queen in Exile” by Sharon Kay Penman
- “The Girl in the Mirror” by Lev Grossman - A Magicians story
- “Second Arabesque, Very Slowly” by Nancy Kress
- “City Lazarus” by Diana Rowland
- “Virgins” by Diana Gabaldon - An Outlander story
- “Hell Hath No Fury” by Sherilynn Kenyon
- “Pronouncing Doom” by S.M. Stirling - An Emberverse story
- “Name the Beast” by Sam Sykes
- “Caretakers” by Pat Cadigan
- “Lies My Mother Told Me” by Caroline Spector - A Wild Cards story
- “The Princess and the Queen” by George R.R. Martin - A Song of Ice and Fire sto
Posted by Greg at 8:13 AM