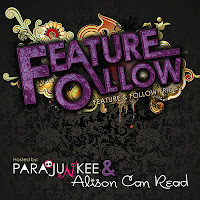 Feature and Follow is hosted by Parajunkee and Alison Can Read

This week's question: If you could only have one book for the rest of your life- what would it be?

Wow- there's a question. Only one? Well it if has to be one, I'll go with this. 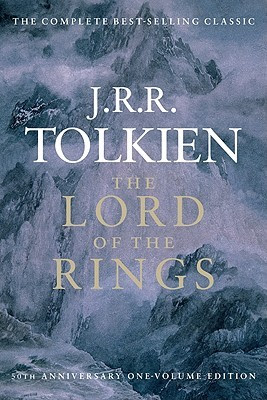 But isn't that 3 books? Well yeah although I've read that Tolkien intended for this to be one volume- so I'm OK. :) Aren't I?

I mean how can you go wrong with this one?

Here are my runner- ups (I'm probably forgetting a whole bunch of favorites, which I'll remember as soon as I hit POST): 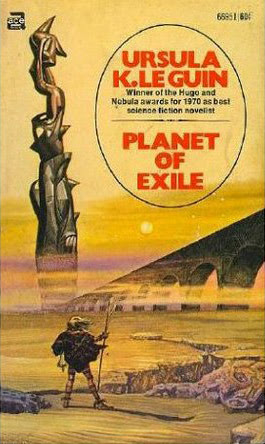 Planet of Exile by Ursula K. LeGuin- the story of Rolery, a chieftain's daughter who meets the leader of a lost Earth colony and falls in love, and their struggle to survive the coming winter on a world where seasons last a generation. I read this as a kid and loved it- and still do.

From Goodreads: The Earth colony of Landin has been stranded on Werel for ten years--& ten of Werel's years are over 600 terrestrial years. The lonely & dwindling human settlement is beginning to feel the strain. Every winter--a season that lasts for 15 years--the Earthmen have neighbors: the humanoid hilfs, a nomadic people who only settle down for the cruel cold spell. The hilfs fear the Earthmen, whom they think of as witches & call the farborns. But hilfs & farborns have common enemies: the hordes of ravaging barbarians called gaals & eerie preying snow ghouls. Will they join forces or be annihilated? Another Tolkien- this one is a guilty pleasure, its a collection of writings on Middle- Earth, with stories that cover all 3 Ages of that world. It's fun to read through just to see his thoughts on various things, like how the Istari came to Middle Earth and more about them. Definetly recommended if you're a fan and want to know more.

From Goodreads: Further tales that expand "The Silmarillion" and "The Lord of the Rings".

This collection ranges from the time of "The Silmarillion" to the end of the War of the Ring in "The Lord of the Rings". Its many treasures include Gandalf's lively account of how he came to send the Dwarves to the celebrated party at Bag-End, the emergence of the sea-god Ulmo before Tuor, the only story of Númenor before its fall, and all that is known of the Five Wizards.

The collection has been edited by Christopher Tolkien, who provides a commentary placing each of the Tales in the context of his father's work.

So what is your one book today?
Posted by Greg at 5:30 PM