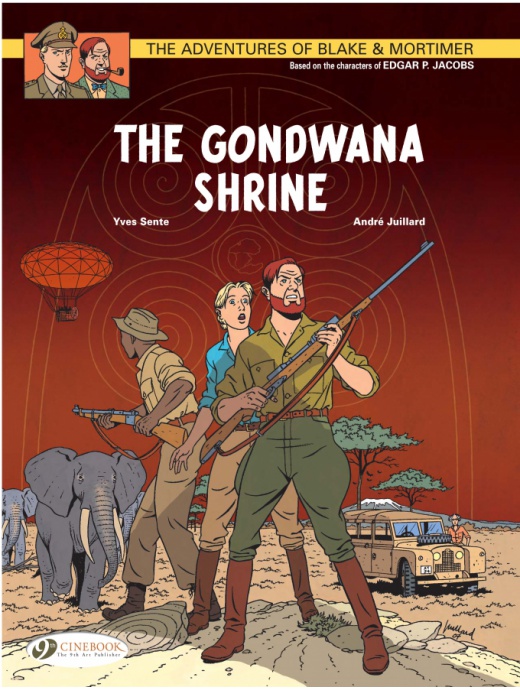 The Gondwana Shrine is a Mortimer & Blake adventure and the eleventh book in the series. I'm a big fan of Tintin -doesn't this cover look a bit like a Tintin book? - and I was looking for something similar, so I gave this series a try. These are published by Cinebook in English and look like a lot of fun. This also comes in an oversized format which is really nice since the art is so much more enjoyable that way. All in all this was a fine story and a great read- I'll definitely be getting more of these.

The plot's kinda cool- a scientist in the Ngorongoro crater area discovers a hidden passage under the waterline of a lake and finds evidence of a lost civilization- one that could redefine the history of mankind. At the same time Mortimer is investigating markings on a smooth rock that originated in Antarctica and is really old- it also shows signs of being the work of lost peoples. Are the two related? Well of course they are, and soon Mortimer (and to a lesser extent Blake, who works for British intelligence) are on the case, with Mortimer heading to Africa along with an old flame and his young assistant.

They will of course face obstacles, including spies, those who would stop at nothing to beat them to the hoped- for treasure, and savage wildlife. This was a pretty fun ride- it's like a mashup of Indiana Jones and James Bond, almost. It has a very British upper crust tone as well, with stops at posh clubs and lots of polite etiquette- but the thrilling moments are pretty good too, and it even has a bit of Tintin flair, although without the humor. This is a more serious version of Tintin almost. And the science fiction overtones are prominent as well, which I really enjoyed.

I guess, from what I can tell, that this series has been continued with different creative teams since the passing of the original creator, who apparently collaborated with the creator of Tintin way back in the day. I can definitely see the similarities! This particular one is by the Sente/ Juillard team and I would definitely read more of their work- in fact the next one I get I'll probably make sure is one of theirs, since I liked this so much. I'll try the other teams as well including the originals at some juncture, but for now, from what I've seen, the newer ones seem more modern and therefore more to my liking.

One thing too is the setting. It's never actually spelled out, at least in this one, but it seems to be a Cold War setting, maybe in the '50's, with a kind of postwar, retro futurist kind of take almost. It's also Euro centric which was fine with me- I've been enjoying my forays into European comics and this is no exception. I'll definitely be continuing with Mortimer & Blake, and highly recommend this if you like espionage/ archaeological thriller type of stories. 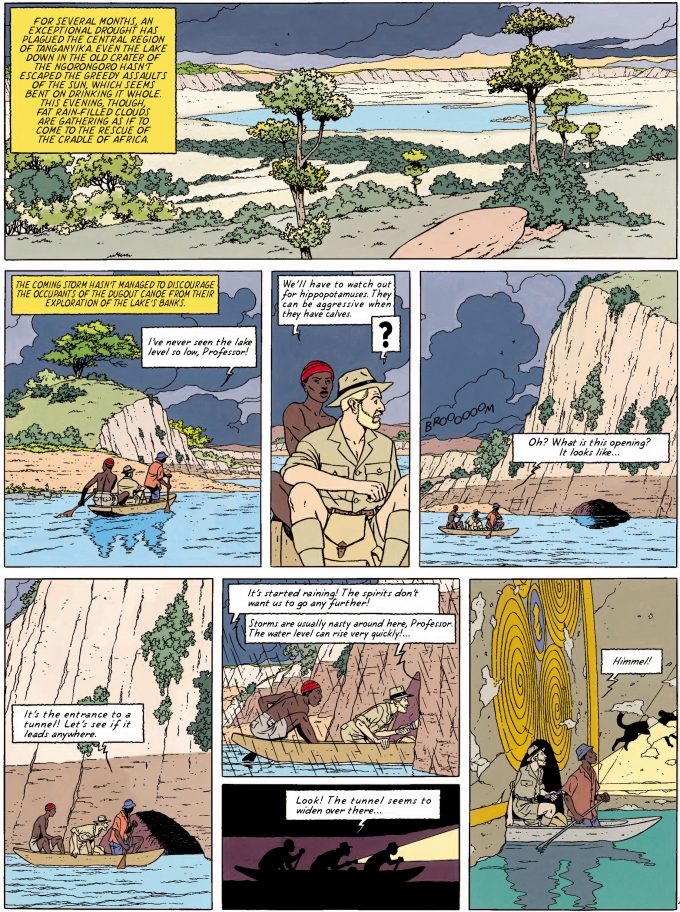