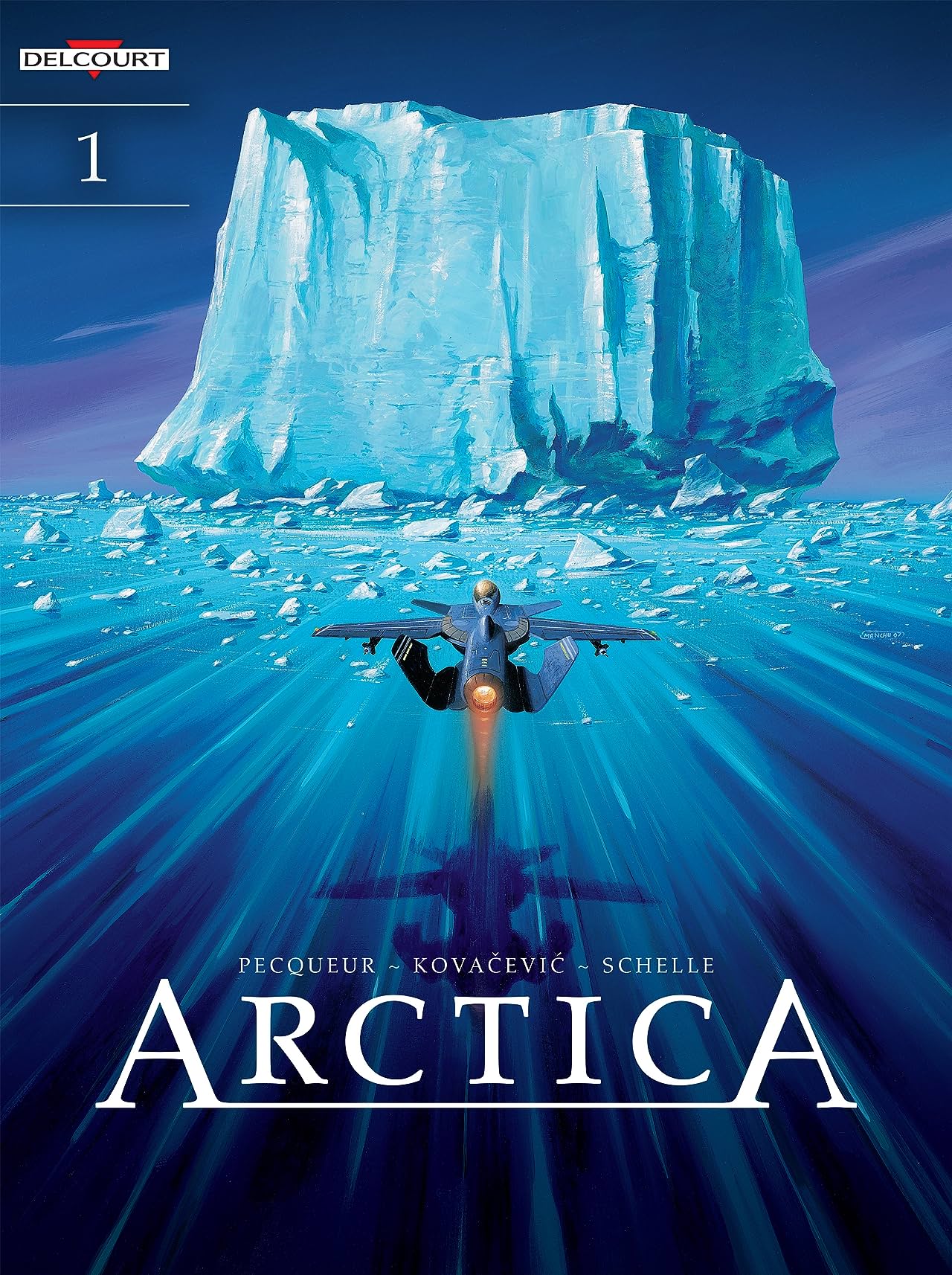 Arctica is a French graphic novel about an ace pilot in the future who discovers something amazing encased in the ice. Dakota clears dangerous satellites and debris in orbit and also takes out icebergs on the side, since the melting of the poles has greatly endangered shipping. On a routine mission to blow up an iceberg he notices a strange cylinder ejected from the ice, and when they haul it in they find it contains a girl- she appears to have been frozen for thousands of years.

The authorities of course want to keep this all hush- hush, and Dakota's involvement would seem to be over until the girl disappears. Meanwhile Mismy is introduced as well- she pilots water trains and runs across the girl when her convoy is attacked. Knowing nothing about her origin, Mismy takes her to the police, who are baffled as well. The story goes on from there, with Dakota being called in to find the girl and mysterious killers appearing also.

This was pretty good. There's a lot of set up here, and some clunky exposition in the beginning to lay out Dakota's background and also the state of the world, which is not great. As mentioned the poles have melted and wars are fought over increasingly scarce drinking water so there's an environmental apocalypse feel. I don't feel connected to any of the characters much yet, but that may come. The mysterious girl and Mismy may be the most compelling.

The art is not bad either- it's not quite as crystal clear as some of the other European comics I've been reading lately, but it tells the story effectively, and the wintry shots in particular are impressive. There's a good surprise at the end and the story has me wanting more- I'll be looking into the next volume right away.
Posted by Greg at 8:48 PM