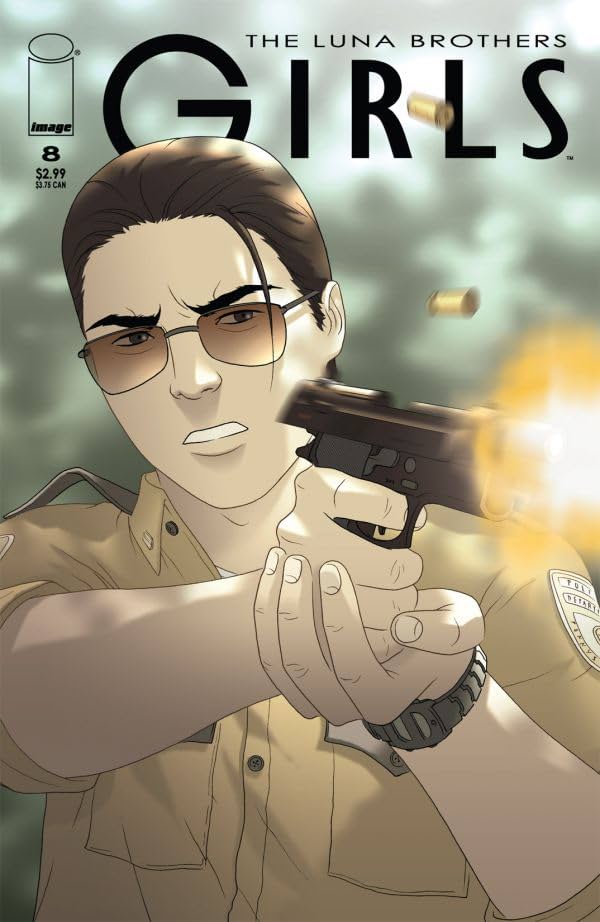 Issue #8 starts off in disturbing fashion, with the Pickett boy free of his handcuffs and trying to psych himself up to free his father. Can junior hack through his father's handcuff without hurting his dad? I guess we'll find out later as we segue into Lester telling his story to Kenny and Rob- yes, he had sex with the "girl" attackers. He doesn't know how it happened *snicker*. Rob wants to tell everyone but Kenny counsels caution. Meanwhile Wes decides to try the north way out of town, to see if that way is clear since the southern route isn't. Nancy is not pleased.

And... we get the answer to our earlier question. Pa did not, in fact, come out of the handcuff situation unscathed.

Wes and crew find dead birds and another wall- they're not getting out, clearly. And the military shows up on the other side of the wall, but apparently they can't see in- so Wes and company can see them but not vice versa. The best part of this issue though is when Lester's dalliances are revealed- after Nancy browbeats Kenny he tells her and it quickly makes the rounds. You know how rumors morph in the telling? Well, soon Alexis tells Taylor that Lester "fucked a moose." *Sigh* Ethan again tries to tell Taylor something but is interrupted by the Lester situation, and then shit hits the fan when Ethan reveals what Lester did. By having sex with the "girls" he may have made... more of them.

Taylor puts it together and confronts Ethan about how he could know this, and... the egg secret is out. I was disappointed that Taylor automatically assumed the worst of Ethan though. They were having nice moments. But Ethan's response is pathetic when he says he couldn't help himself. Really? Granted he was drunk and the "girl" initiated sex, but still... that's awful. I think reading issue one in context it's understandable that it happened, but his rationale here- and his attitude- is atrocious. He comes across as immature and weak.