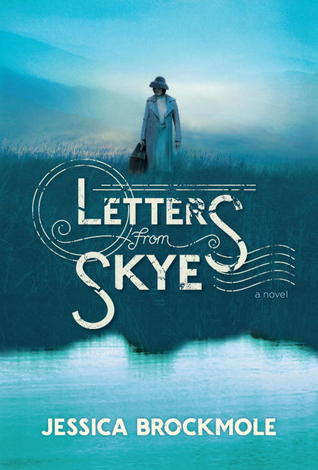 This is a blogoversary re- post- this review was originally posted on July 23rd, 2013 and can be found here. Also see my interview with Jessica Brockmole here.


Letters from Skye is a love story told in letters. It’s told from the alternating viewpoints of Elspeth Dunn, a published poet living on the  during World War I, and her daughter Margaret in the early days of World War II. Elspeth receives a fan letter from an American in 1912, and this leads to a correspondence that changes their lives forever. Through the seasons and the storm clouds of war Elspeth and "her American" get to know each other, and share their favorite books, their dreams, their hopes and desires.

Margaret is in love with a gallant young RAF pilot in the early days of World War II. He proposes marriage, and Margaret isn’t sure what to do. She lives in  with her mother, who counsels her to make no rash decisions in wartime. Then one day a bomb hits nearby, a wall collapses… and Margaret discovers the letters. The letters from twenty years ago, a lifetime ago. Letters to her mother from an American. The love stories of Elspeth and David, Margaret and Paul intertwine as events change their lives and make them question who they are, and what they care about most.

I also enjoyed the humor in this story. David’s college pranks and Elspeth’s dry wit were a fun combination in the early going, and as the story progressed and got more serious, they kept their sense of humor and wit. There are twists and turns and a few surprises, but throughout it all these characters stay true to themselves. In this modern age, it was fascinating to see these lives and relationships develop through letters- subject to the vagaries of circumstance. A simple letter- so important to these people.