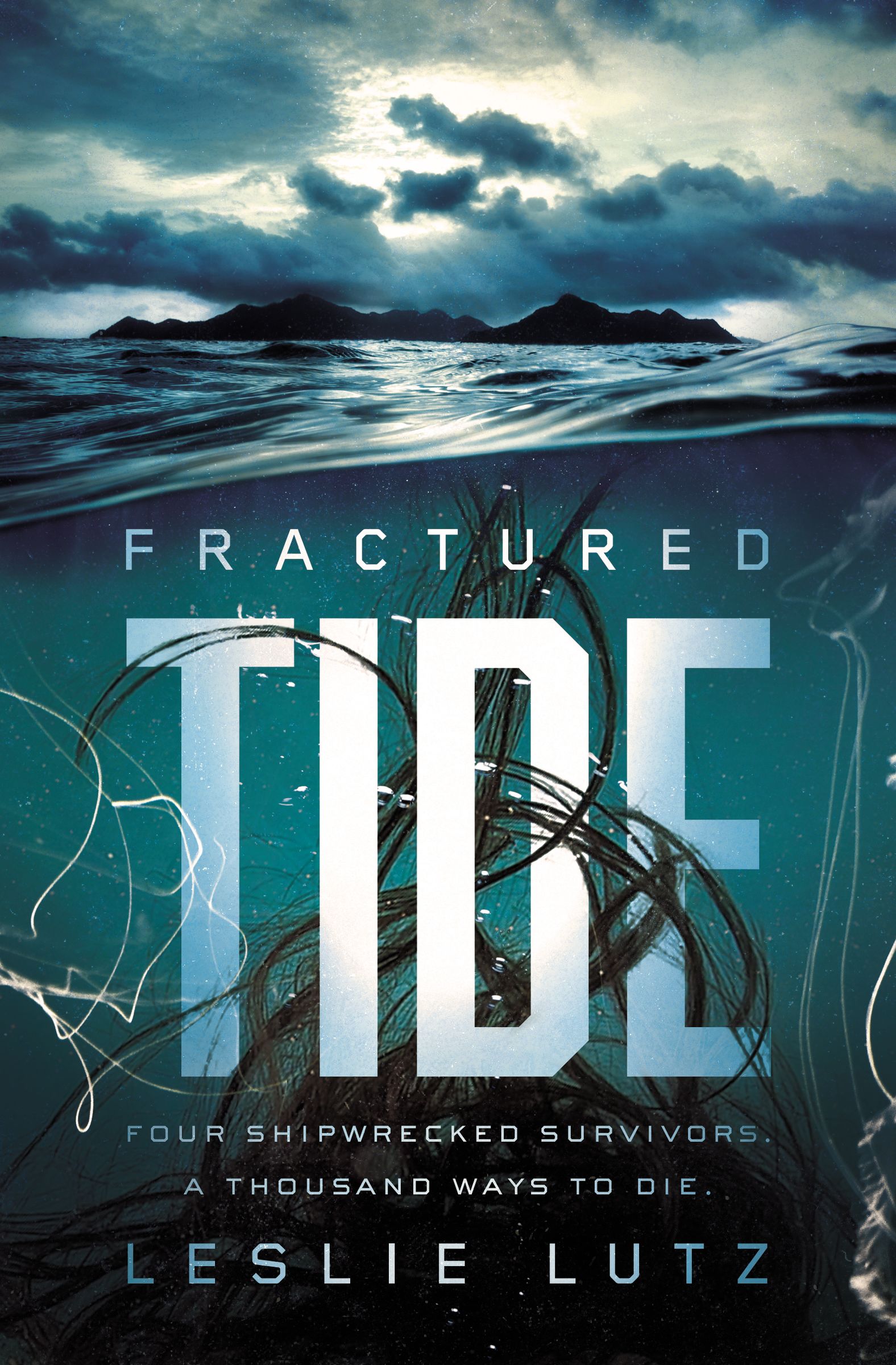 Fractured Tide turned out to be a very compelling read. Sia is a diver who helps her mom run a charter business- they take people out off Key Largo on diving expeditions- and one of their charters goes disastrously wrong, resulting in Sia and several others being shipwrecked on an island. Something terrible is in the water, and worse yet, there's something on the island too. A sinkhole in the center of the island holds a terrifying secret, and Sia may be the only one who can save them.

I loved the way the diving lifestyle was portrayed here, and the setting of the Florida Keys, although the entire tale takes place at sea (and on the island). Sia is a complex character, she makes lots of mistakes, and she tells her story through journal entries that are written to her father who's in prison. He taught her everything she knows about diving, and she obviously loves him but also has a lot of baggage- her relationship with her father, and with her mother as well, forms an important part of the story. There are themes of forgiveness here, and explorations of what it's like to simultaneously love and resent your parents, the trials of growing up faster than one would like. I thought Sia was convincing as a teen protagonist, something that can be hard for an author to accomplish.

The story itself is creepy, with a monstrous something waiting for them at sea, and the survivors having to find a way to make it on an island where finding food and fresh water is a challenge. There's a romance here as well, and it seemed pretty convincing- I like Ben as the love interest, and Steph was awesome too as a rival and foil for Sia. Ben and Steph happen to be exes, which of course makes it interesting, but it's not a love triangle. Ben and Steph are clearly over, and an interesting thing that I think the author did was make Steph sort of look out for Felix, who is Sia's brother. She doesn't take the place of Sia, she just naturally feels protective of him, which I thought a nice touch. The relationships between the survivors were at least as interesting to me as the mystery behind the island.

Having said that, I'm a sucker for a lost-on-an-island story, and even more so if there are paranormal mysteries involved. I did think this was strictly average through maybe the halfway point, but from there it really picked up for me and by the end I was heavily invested. I was a little moved too by the end- I thought the author did a nice job of not only tying up the island's mystery, but also showing us a satisfying end to Sia's story as well, and the issues she has with her dad. It was nice to have an ending like that- no duology or trilogy here- and I highly recommend this book if you want a good story with a lot of heart.
Posted by Greg at 8:40 PM