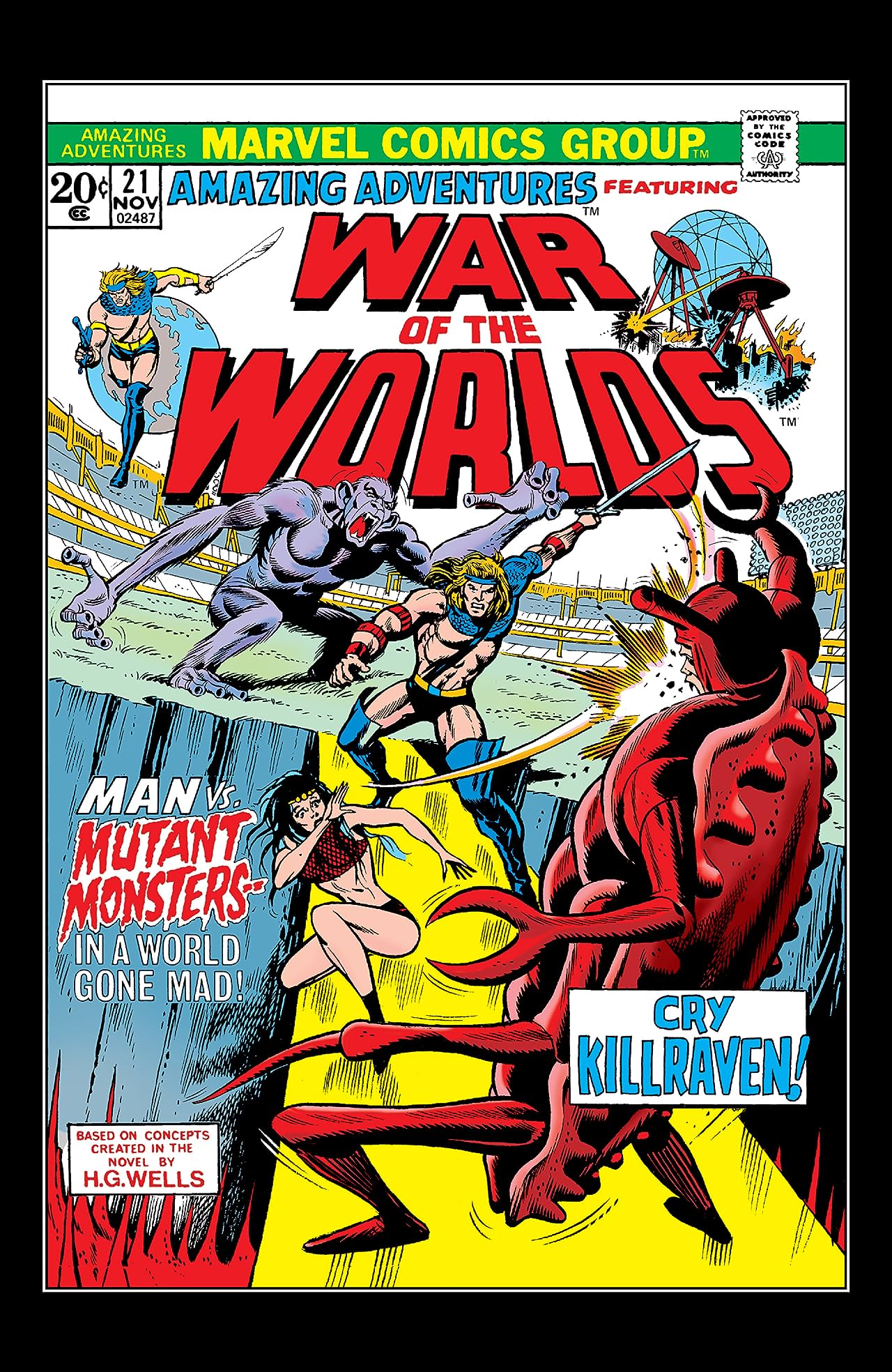 The year is 2018 and Killraven, the head of a group of Freemen who fight the Martian invaders, has been captured! And we're introduced to another villain- Carmilla Frost- who is apparently a molecular biologist in service to the Martians. Apparently many of Earth's scientists have been suborned by the Martians. Killraven is making short work of the Warlord's guards (the Warlord being the dude who captured Killraven last time) so Frost decides to send her own people in. They don't fare much better, but the Warlord sucker punches Raven and that's that.

Along the way we get some backstory sprinkled in with all the dialogue. We're reminded that Killraven was a prodigy in the Arena, skilled at fighting, and that the Warlord lost his eye and an arm to the rebel, so there's a grudge. When Killraven wakes up he finds that he's about to be experimented on, but Frost tries to stop it, reasoning that he is more use to them alive. He can lead them to other groups of Freemen. I wonder if that's the only reason? Speaking of Freemen, M'Shulla and the rest of Raven's band are trying to get free so they can help him.

What's Frost doing? She fetches a mutant pet of hers named Grok and frees the Freemen, and they of course are off to rescue Killraven! While his men mop up the technicians, Frost frees Killraven himself, and when he tells her he doesn't need her help, she replies

"So that's why you're always lost"

She could be fun.

Anyway Frost leads them out of the facility and they end up in a certain baseball stadium in NYC. Their freedom is short- lived, however, as they have some more mutant things to contend with. Frost has Grok help Raven, and the Warlord, infuriated that his nemesis continues to live, attacks. It's mano a mano and poor Warlord loses his metallic arm after running afoul of some mutant acid stuff. He can't win. Everyone escapes though and they regroup on 161st Street outside Yankee stadium, where they figure they can lie low- and Killraven wants to know why Frost helped them. She tells him that's her own concern- I think these two are gonna be fun! And again we have a little wistful yearning for a life not dominated by war and struggle.
Posted by Greg at 11:19 PM