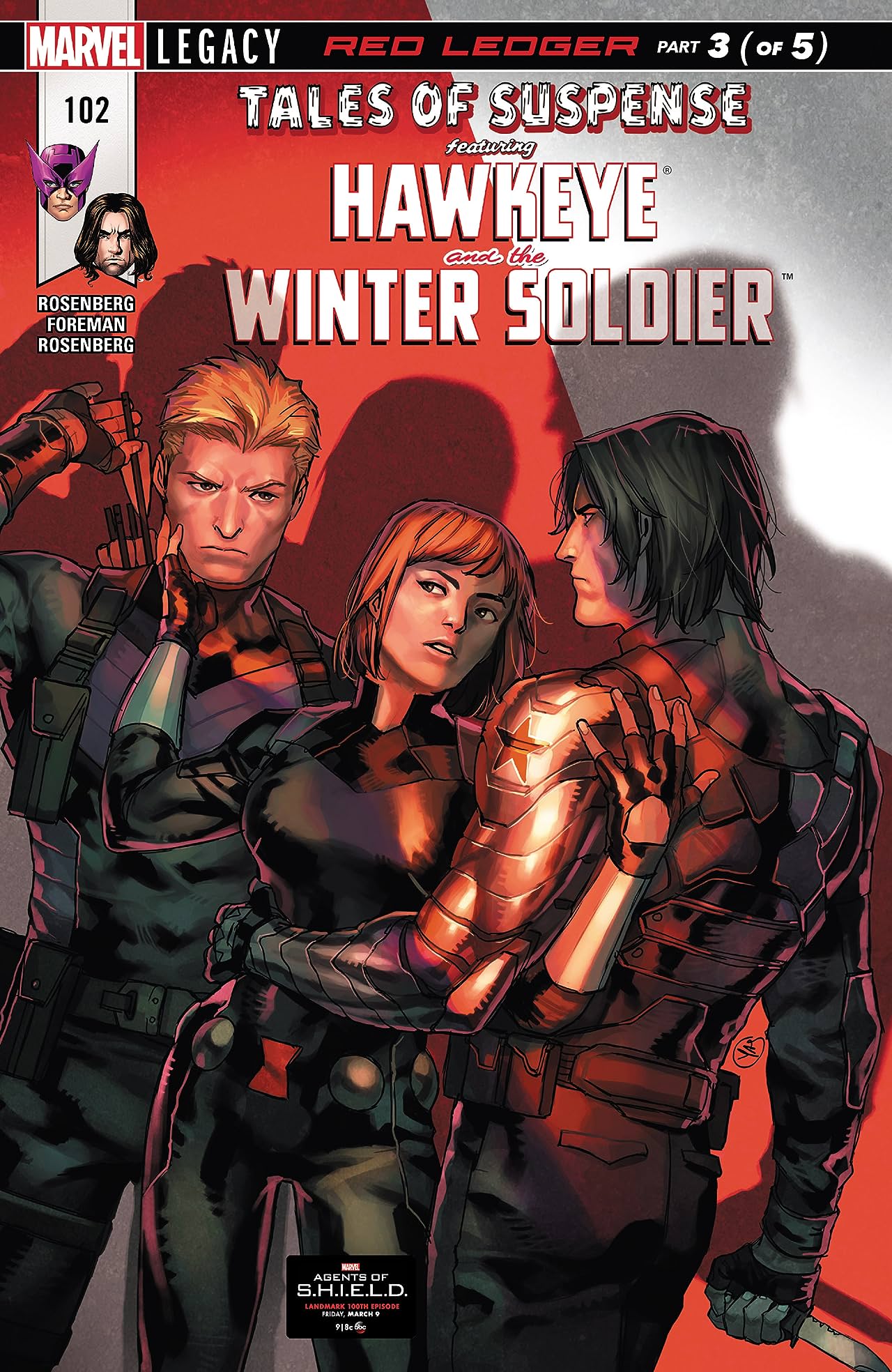 This week is Tales of Suspense #102 featuring Hawkeye and the Winter Soldier.

This was a pretty good series detailing the search by Hawkeye and Winter Soldier for a missing Black Widow. Someone is killing her old enemies and it looks like her work- but supposedly she's dead? Hawk thinks she's still alive, Winter Soldier is not as sure, but they team up to find out. The results are pretty hilarious, as these two don't exactly get along.
Posted by Greg at 7:01 PM