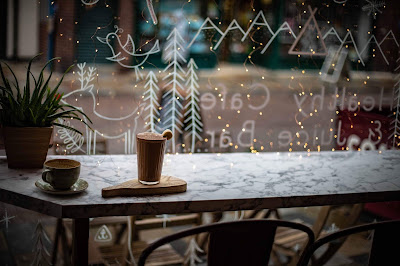 Some of my readers know I'm a big fan of ambient music. But what is ambient music? Well to be honest I'm not even sure that's a good catch-all category- I mean the stuff I listen to can variously be called space music, New Age music, chillout/ downtempo/ house/ progressive/ ambient- there are a lot of categories. Frankly I don't know what to call it sometimes. I've even seen the terms psybient and psychill.

The one thing all this music has in common though, for me anyway, is that it's pretty chilled. So maybe chillout is the best moniker! Seriously though there is such a wide range of styles and sound but the common denominator is it's relaxing, often inspiring, and frequently great for sleeping or creative activities. Or just sitting in a dark room with headphones on and letting yourself drift in an aural soundscape.

My earliest exposure to this kind of music was probably Kitaro and Tangerine Dream. A lot of Kitaro's stuff in particular is ethereal and just hits a chord- it's hard to explain. The bells, sound of the wind, gentle harmonies and instrumentation- it's amazing stuff. Tangerine Dream on the other hand is very rhythmic and synth- based, but they just create amazing soundscapes. Love On A Real Train is probably one of my favorite pieces of electronic music.

Hearts of Space is another pioneer in the field of electronic/ space music. At one time Hearts of Space was one of the preeminent places to hear space music but I honestly think now that with Youtube and the internet they're a little less relevant? Or at least not as essential as they used to be for artists to get exposure. You can still listen to them on Sunday nights though on a lot of NPR channels nationwide.

There's so much out there now. Bruce Mitchell and David Arkenstone are two artists who I really like- favorites would be Hidden Pathways and Stepping Star. Bill Douglas and the Ars Nova Singers do some amazing choral work. You can even listen to ambient Star Wars sounds, like this Death Star background (complete with intercom chatter and other sound effects).

The Ambient channel on Youtube has some great mixes. JediMaster has a very well received series of Space Ambient Mixes - some are quite excellent. I'm a big fan of the SpaceAmbient channel as well- I go there quite a bit and have discovered some great artists, including Stellardrone and The Intangible.

The other thing I like is actual ambience, or sounds without music. There's a ton of stuff out there, including starship sounds, Star Wars effects, you name it. I mean you can listen to a tropical storm or a medieval village- the skies the limit. Some I've listened to lately include Ambient Warp Starfield and Starship White Noise (10 hours!)

Here are some favorites.