The Secret History Of Us 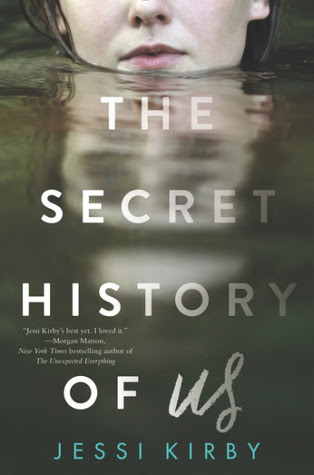 This book kinda got me in the feels. The story of Liv Jordan, a girl who loses part of her memory after an accident where her car goes off a bridge, and has to try to recover who she was. Or, maybe, who she is. I was really moved by this one and for a fairly short book it captured a lot of emotions for me. Liv wakes up with no memory of the last four years, and has no recollection of high school, or her future plans, or even her boyfriend Matt. She remembers her best friend Paige but apparently she's no longer friends with Jules, and has no idea why.

I thought this book captured the feel of dealing with amnesia really well, from a perspective that I think a YA reader would really get. Liv has people telling her how she was, how she used to be, and they're all good people, all supportive, but the things they take for granted are things she has no memory of, so she can't just be the way they expect her to be. As time goes on she realizes too that she was keeping secrets from those closest to her, and she starts wondering what exactly she was trying to hide.

That's the angle that had me thinking there was a big twist coming or even a secret that would turn out to be shocking. And while there is a twist of sorts, it wasn't as mysterious or sinister as I was expecting. This was my first experience with Jessi Kirby and her writing and I was impressed. It's a fast reading YA book but has a lot of emotional weight behind it. I liked the characters here- Liv especially, but her friend Paige as well and her family who were super supportive. And her brother Sam is awesome, and kinda steals every scene he's in.

Secrets are of course revealed and even though a large chunk of the book is Liv coming to terms with her relationships- primarily with Paige and Matt- I also thought there was a nice undercurrent of accepting who we are. Liv has to grapple with who she was, but like I mentioned above, also who she is now- and are they the same person? Does she want to be the same person? And if she follows her heart, her instincts, will that make her someone else? It was these kinds of questions that I thought the author handled very skillfully.

There's no magic bullet and not everything is neatly tied up- there's no gotcha moment when she sees a photo or has a moment where it all comes flooding back- instead Liv has to live with not knowing when, or if, her memories will return. I thought the ending was very satisfying and even though there are a few things that felt a little convenient, I would highly recommend this. One of my favorites of the year.
Posted by Greg at 12:00 AM