This week has been blustery and cold- just in time for trick or treat day. The wind has been blowing, the leaves are flying around, the branches are bare- mostly anyway. It definitely feels like late fall. I like the stark nature of it, it has its own beauty, even as I miss the warm temps. I've also been enjoying all the October-y stuff going on around the blogosphere- this month is so fun.

SciFi Month starts on Sunday, you can check out a spreadsheet here that shows all the posts coming up for the month. There's fifty participants as of I'm writing this, and the upcoming posts look great. If last year was any indication, this should be an awesome month.

Last week I read Illuminae which seems to be getting rave reviews. I have to agree it's pretty good- I'll be reviewing it later in November. I also wrote a short tale about two cats and some rather unusual visitors- you can find that here.

SciFi Month runs all through November- you can check out the details here. #RRSciFiMonth and @SciFiMonth. 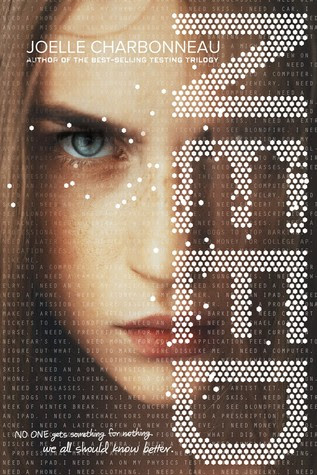 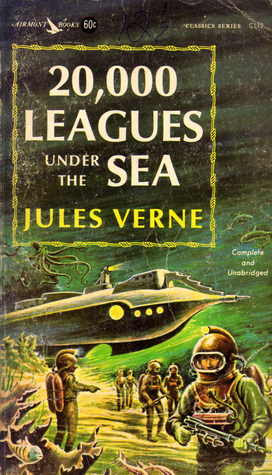 I love this cover for 20,000 Leagues Under the Sea. It's an older one obviously, and there have been a lot of covers for this one over the years, but I think this one captures the old school adventure feel nicely. The romantic notion of Captain Nemo and his life under the sea, in a self sufficient submarine- good stuff. I only read the book recently, and while I didn't love it, the concept has always appealed to me. I've always been captivated by the Nautilus...
Posted by Greg at 5:31 AM 5 comments: Bran and crew are almost to the three eyed crow at this point- Coldhands tells them that they are very close. But something is wrong- it's cold, and you know what that means. Bad stuff. He says they need to be indoors before night, and when Meera asks if there's another way, he says there is a back door in a sinkhole to the north. They are going for a cave, which is warded that the evil things cannot enter. Jojen is very weak, and they lost the elk twelve days ago.

Sure enough they are attacked just before they reach the cave, and it looks bad. In the chaos Bran wargs into Hodor and they are rescued by a child of the forest, who sets the things aflame. Bran wakes up in the cave, safe. The one who rescued them is a girl, and says their name in the True Tongue is those who sing the song of earth. She also says she wandered the lands of man for two hundred years, before returning home. Hmm.

The elf girl takes them deep underground, through twisting passages filled with white roots. Bran thinks an entire grove of weirwood trees must grow above them. Bran sees skulls everywhere, including giant skulls and children of the forest skulls. They come to a bridge spanning a chasm, and Bran can hear water. There they come face to face- finally- with the greenseer.

The three eyed crow only has one eye, as it turns out, and he is part roots and tree now apparently. Kinda weird. He tells bran that he will never walk again... but that he will fly. He says he has been watching Bran since he was born. Hmm again.

I'm curious about this place where they are safe, what's the deal with it? The creatures cannot enter it, that's interesting. There are children of the forest here, so this must be a haven of theirs. And who exactly is this three eyed crow guy? It was a little disappointing, frankly. We've been hearing about this three eyed crow since book one, and we finally meet him- and he's some guy who's part tree now. Umm, okay.

Tyrion is having a rough time with the voyage downriver. Griff won't let him drink, and he spends his time fantasizing about Septa Lemore, who happens to bathe naked in front of him in the mornings. He also observes that Young Griff could have any girl in the seven Kingdoms, with his dark eyes and attractive features. Griff has Tyrion writing down everything he knows about dragonlore- Tyrion thinks how he would like to get a copy of the The Fires of the Freehold, a history of Valyria. No complete copy in Westeros, the Citadel's lacks twenty seven scrolls. He also wouldn't mind finding  Dragons, Wyrms and Wyverns: Their Unnatural History or the Blood and Fire - only one copy is known and that is supposed to be hidden away beneath the Citadel.

Young Griff is being tutored in langauges and speaks High Valyrian, as well as the dialects of Pentos, Tyrosh, Myr and Lys. We get a history lesson about Volantis, oldest of the Free Cities, and learn that the present rulers, or triarchs of that city, are Malaquo, Nyessos and Doniphos. The first one is a tiger, or militant, and the other two are elephants, or merchant. Tyrion plays a game with Haldon Halfmaester and wagers for secrets- he is curious why a sellsword's son is being trained so well. Apparently he wins... and is thinking about a king.

So... who do you think Young Griff is? Well he is obviously someone important- and Tyrion's thought about a king. Hmm...

Martin name drops some books in this chapter, and the mention of a book beneath the Citadel got my attention. As we know there is a Faceless Man infiltrating the Citadel in A Feast for crows- could he be after that book?
Posted by Greg at 12:03 PM No comments:

This weeks Top Ten is a freebie! So I went with 5 favorite candy and 5 favorite aspects of fall. So,,, here we go! Share your faves in the comments below...

I don't actually eat these very often. they were mainly a treat as a kid when I went to a movie.

Comfort food. Soups with crust bread, a hearty stew, spicy chili...mmm. I could go on and on.

Pumpkins! I love when you see the pumpkins (and all the seasonal produce) start appearing...

Donuts! This time of year the farm markets and orchards are selling their seasonal donuts, and of course cider to go with. This one is a Krispy Kreme cause they're my all time favorite, but the orchard ones are usually pretty good as well!

Candles... I always like going into Yankee Candle, and scented candles are nice. But I can go the whole year with only an occasional visit, but when fall rolls around all  of a sudden I feel like loading up on candles. Must be a seasonal thing. Or maybe I just like the fall scents - pumpkin, maple pancakes (seriously?), and harvest. And it's fun to see what new ones they come up . What is your favorite scent? If I had to pick, I would probably go with Christmas Cookie.
Posted by Greg at 5:34 AM 22 comments: