So here's a midweek round up of what I'm reading watching, etc. Plus Can't Wait Wednesday, hosted by Wishful endings. So sit back, raise a cuppa, and see what's new! And share what you're up to.  This week my Can't Wait pick is The Lies They Tell. I read my first Gillian French book last year and liked it, so I'll be giving this one a shot.

Top Ten Books I Could Re- Read Forever

Top Ten Tuesday is a weekly feature hosted by That Artsy Reader Girl. Each week a new Top Ten list will be posted. Everyone is welcome to join. Link back so everyone can check out other bloggers' lists. It's a fun way to get to know fellow bloggers.
This week is Top Ten Books I Could Re- read Forever. Ooh this one's easy, I guess it's like a favorite books list almost. The problem with this one is keep it DOWN to ten lol. So here we go!

One of my favorite books.

I'm not sure why but this book really grabbed me.

I loved the setting, the conservation message, and just everything about it.

The first book and an awesome idea.

One of my favorite Tintin's. 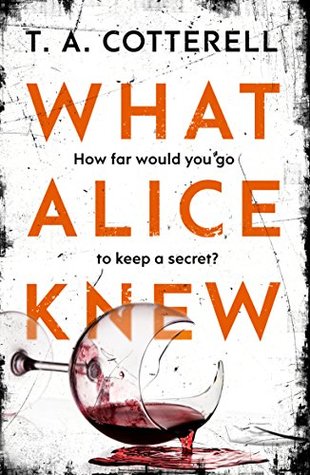 What Alice Knew is a different kind of psychological thriller from some that I've been reading. Alice has a pretty good life- the wife of an obstetrician, two kids, fairly comfortable- but it all goes wrong when her husband gets drunk at a party and spends the night with a younger woman. A woman who then turns up dead. Her husband Ed is not the kind to stray, and indeed he even denies at first that he slept with her- if he did he doesn't remember it- but the police soon hone in on him as a prime suspect. So this is not a story of who did it- it's a story about what do you do when it's possible that your spouse killed someone.

The murder also appears to be accidental, if it was murder. Alice soon finds that she is pulled in different directions as she struggles with doing the right thing- whatever that is. Her own family history complicates things, as does her incomplete understanding of what actually happened. She also has to deal with the re- emergence of an old friend from school, who may not have her best interests at heart, and even acquaintances who may know more than she does.

Alice is also a portrait artist, and she spends a lot of time agonizing over the search for truth in art, and applying that to her life. That's part of the reason she thinks they should consider going to the police, which of course Ed opposes. For Alice truth is important, but not just because telling the truth is the right thing to do, but because again her art background demands truth. Or something. To be honest I thought this aspect of the book was overdone. I understand that her vocation is important to her, but given the circumstances it seemed way out of proportion to what was going on.

Ed was interesting too. He opposes going to the police not because he's afraid of being caught (although that is a concern), but he's worried about what it will do to their kids to have their father go to jail. Alice initially agrees with him, and the choices she makes are part of the draw of this story. Again, until her art concerns almost take over. At one point I was seriously wondering whether Alice had her priorities in the right place. She makes mostly good decisions although as time goes on I started to question her more and more.

The subplot regarding her old school friend was interesting, and provided some nice tension. Alice has a secret in her past that involves the two of them, and the timing is interesting that she reappears in Alice's life just when the murder occurs. The only issue I really have is the story moves kind of slowly. I was intrigued but it took a while to get going. And the end is one I'm very conflicted over. It came out of left field for me, and I have serious reservations about the choices the author made here. This of course makes the book perfect for discussion, and there's a lot to dissect here. A nice psychological thriller, light on the suspense but definitely worth talking about.

The ending is one I did not see coming, as I mentioned above. And I didn't really buy it, frankly. It did affect my enjoyment of the novel overall- after all, would someone really do that? Alice decides to take the fall for her husband, confessing to the murder- and while that's a pretty good twist, I just don't think it works. She has a troubled family history, with an overbearing mother who stinted on truth and affection while she was growing up, and that plays a role- Alice is dealing not only with what her husband did, but with baggage from her own youth. And the mental image she has of Ed and the kids having fun at the table, as if this somehow justifies her taking the fall- does she really think Ed is the one better suited to raise them?- just baffled me.

So what do you think? If you've read this I'd love to know your thoughts. Also what did you think of the subplot with Marnie/ Marianne? Aside from the art questions- I don't feel qualified to discuss the nuances of portraiture- I thought the shared history they had, and Alice's guilt, were very compelling and made a great addition to the story.
Posted by Greg at 5:09 PM 43 comments:

The Sunday Post is a weekly meme hosted by Kimba the Caffeinated Book Reviewer
Stacking the Shelves is hosted by Tynga's Reviews
It's Monday! What Are You Reading is hosted by Book Date
Hey we broke 50's a couple times this week. Amazing! The Olympics are winding down and I didn't watch as much this time around, although it was on in the background a lot. I'm more of a summer games fan anyway, but there have been some nice moments. Other than that I had a good reading week, I finally finished The Vault of Dreamers. Next up, after I complete the series, is People Like Us.


Last week I reviewed This Fallen Prey and will be reviewing What Alice Knew this week. Also the Marriage Pact as well.

We found this on vacation and had to get it. My daughter loves these and we had a lot of fun laughing over this one.This is an earlier one in the series so the larger supporting cast of later volumes is absent- it's mostly Tintin and Snowy here, but that's fine and it works. The artwork is superb as always, and really gives you a feel for the locations that Tintin goes to. This one has it all- a chase on a train, plane crashes, you name it. A fun, action packed story and a joy to look at as well.
Posted by Greg at 12:00 AM 17 comments:

So here's a midweek round up of what I'm reading watching, etc. Plus Can't Wait Wednesday, hosted by Wishful endings. So sit back, raise a cuppa, and see what's new! And share what you're up to.  This week my Can't Wait pick is Strange New World. Cloning always gets me. 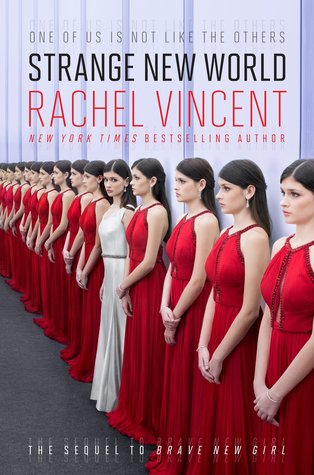 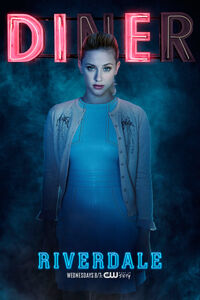 Top Ten Tuesday is a weekly feature hosted by That Artsy Reader Girl. Each week a new Top Ten list will be posted. Everyone is welcome to join. Link back to The Broke and the Bookish so everyone can check out other bloggers' lists. It's a fun way to get to know fellow bloggers.
This week is Top Ten Books I've Decided I'm No Longer Interested in reading. Sadly there are a fair number of such books.

I have completely lost interest.

I decided to read this after doing a Bookcover Spotlight on it a ways back, and it started out okay... but I got sidetracked.

The jury is still out on this. I liked the first few well enough...

YA science fiction- thought I'd enjoy this.