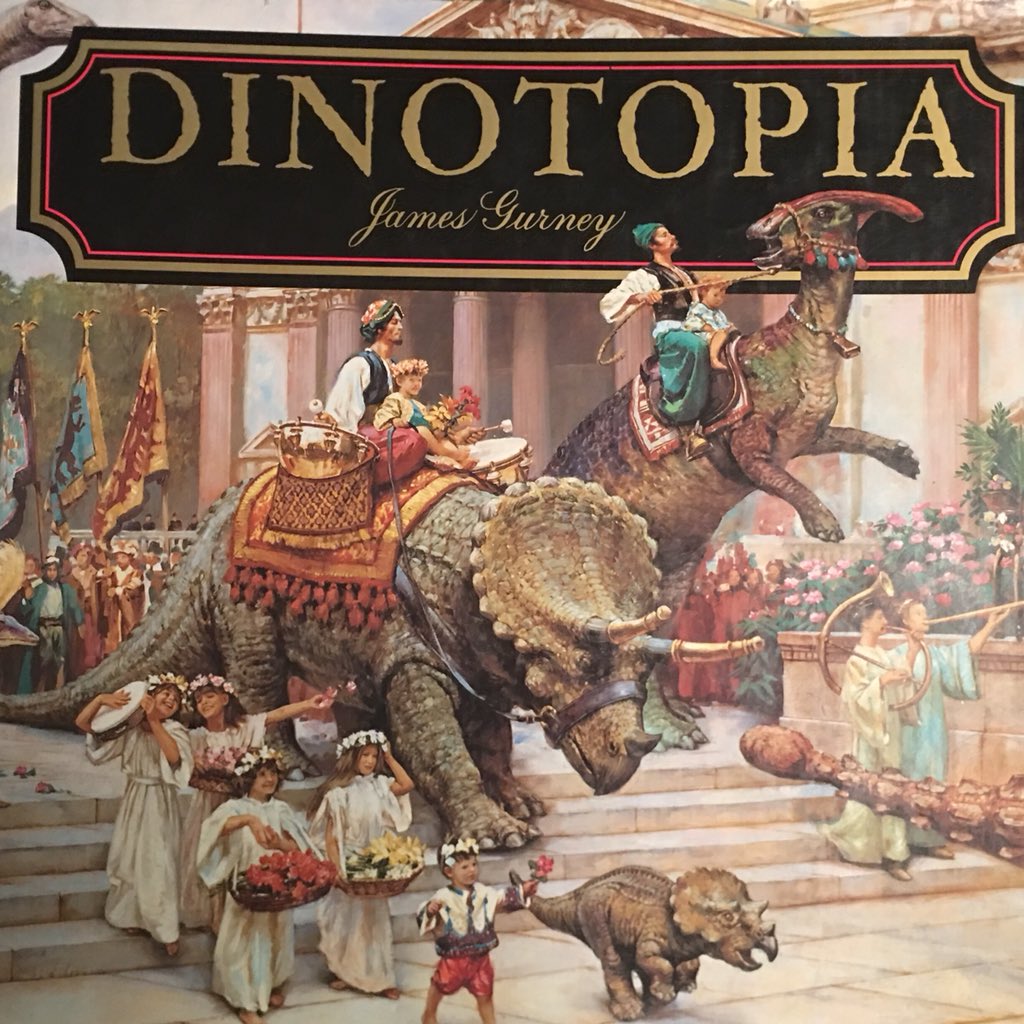 This is my look at some of the iconic locations from Dinotopia. For those unfamiliar with the book, Dinotopia is an island lost in time- discovered by a Victorian era explorer and his son by accident Over the course of time the Denisons range all over the vast island, encountering various cultures and terrain. And of course... dinosaurs.

The thing is- the dinosaurs here are intelligent. Having developed into a species capable of using tools, they have allied with humans who have been shipwrecked on the island and have built a stable society together. The hallmarks of which are clean, orderly cities and productive settlements. And peace- other than the occasional rogue dino, cooperation and coexistence is the norm. This alone makes this a wonderful fantasy for young and young at heart alike.

I thought I'd provide a closer look at some favorites. Waterfall City is built amidst cascading waterfalls and is considered the center of learning and culture. Visitors (usually shipwreck survivors) are expected to make their way here eventually and register, as well as declare their skills- everyone contributes to the common good. The city itself is fascinating, full of canals and fountains and places of art. Stone walls are thick to mask the sound of the waterfalls, but there is always an unmistakable background noise.

The library here is renowned throughout the land, although most knowledge is contained in scrolls rather than books. The arts flourish here as well, with theaters and the like providing many opportunities. I should think if I were stuck in Dinotopia (or lucky enough to visit) I would certainly spend an inordinate amount of time here- as we will see in future posts there are a bevy of amazing locations to explore or live in- but for the beauty and majesty of the falls, and the commitment to learning and the arts, I think Waterfall City would be the place to be. 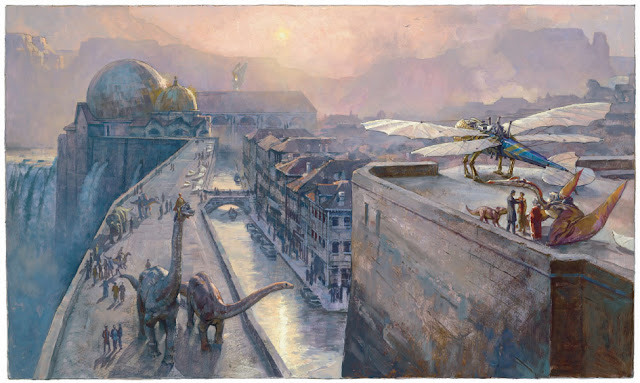