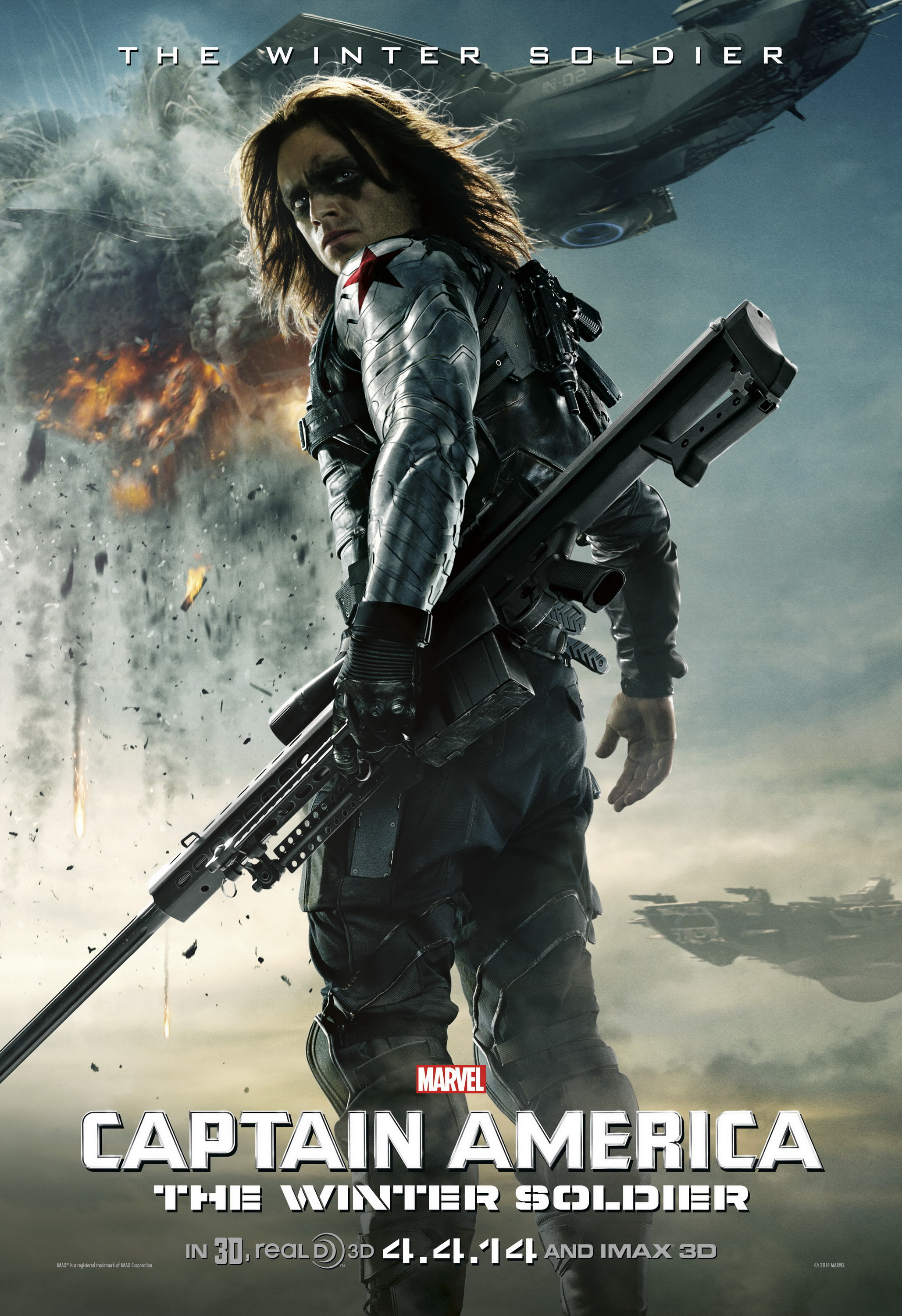 I saw Captain America: The Winter Soldier the other night in a crowded theater and the atmosphere was festive. There has been a lot of hype for this movie, and regular readers know I've been awaiting this one eagerly. There was a real sense of anticipation in the crowd as the lights went down and the show started. I liked the beginning as we meet Sam Wilson (aka the Falcon) as he is jogging- and getting passed periodically by Steve Rogers (Captain America). The two of them meet and strike up an immediate friendship. Sam gives Steve some pointers on music, since Steve has recently been revived from decades on ice and is adjusting to modern society. This established a little humor at the beginning and was a great way to start the movie. Natasha Romanoff (the Black Widow) then shows up to pick up Cap for a mission, and off we go.

We get a lot of action sequences after that, punctuated by quieter character moments as we get to know Steve and Natasha better. Their initial mission leads to some revelations about what SHIELD is doing, and this puts Cap at odds with SHIELD. After an attempt is made on SHIELD director Nick Fury's life, Cap finds himself in the crosshairs of some very powerful people- and to top it off, the Winter Soldier appears- an assassin with some very personal ties to Captain America. 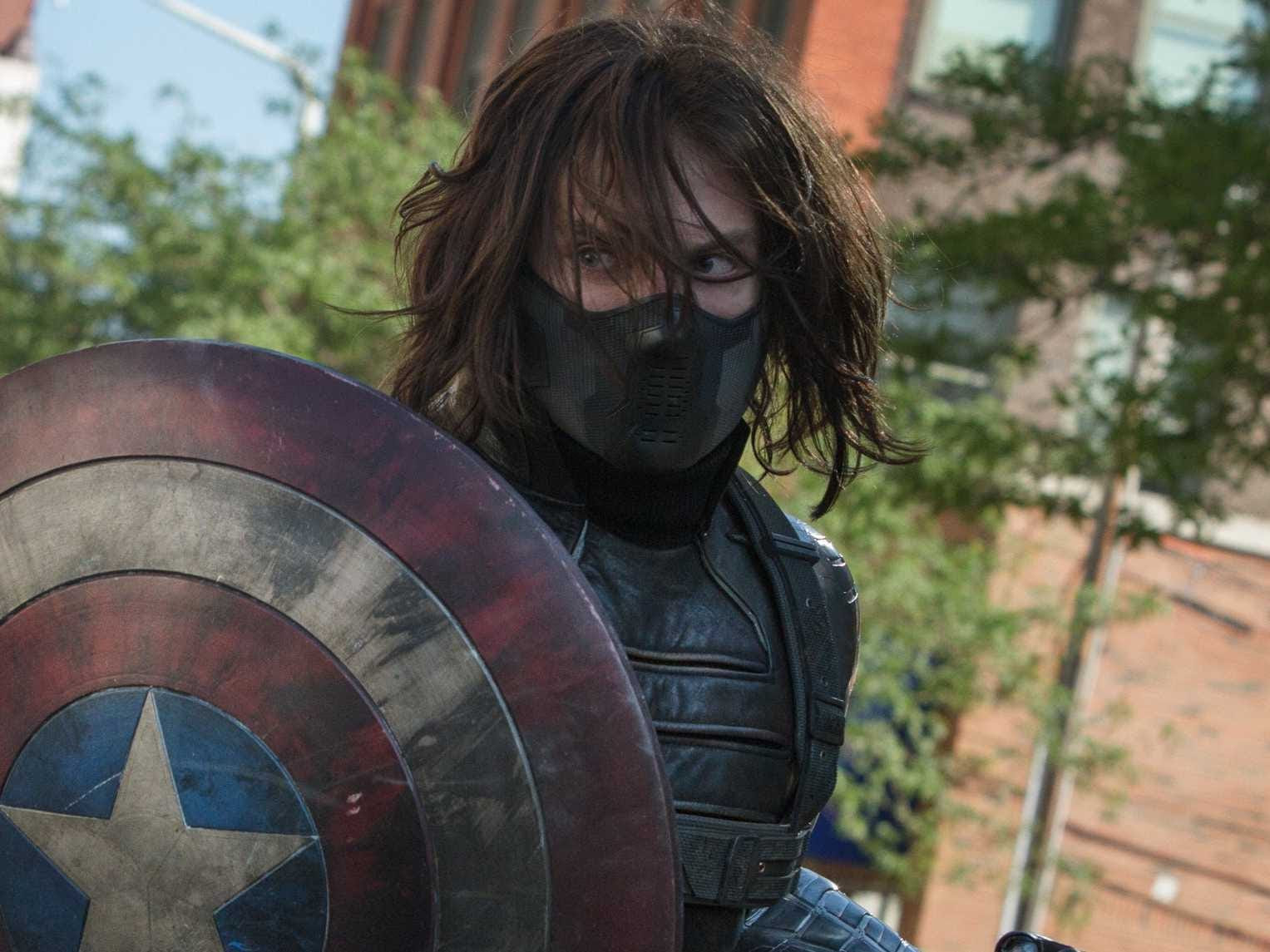 The character beats were the best part of this film. The relationship between Cap and Black Widow is evolving as they understand each other better- their banter was a lot of fun. There was some tension in the beginning as they obviously have different mission priorities, and that was a nice touch. This had the feel of those old Marvel comics where superheroes would guest star in each others' books- this is very much a team up story with Cap and Widow. They're a great team and as always Scarlett Johansson is a great Widow. Now we just need a Black Widow movie!

Anthony Mackie as the Falcon was a nice addition as the Falcon has a long history in the comics. The casting of Emily VanCamp as Agent was nice, and I liked that she was assigned to protect Cap- she has a limited role but they're obviously setting her up for bigger things down the road. The return of Cobie Smulders as Maria Hill was appreciated, she brings a smoldering intensity to the role but is cool as ice too.  They should ditch Fury and put her in charge.

There were some nice Easter eggs, or nods to the fandom in the movie. Batroc as a minor villain brought a smile to my face as he's been a recurring (minor) villain in the comic for years. The presence of Jenny Agutter in the film was kinda cool (fans of Logan's Run will remember her as Jessica)- and when she cuts loose and goes all Bourne style in a crucial sequence at the end, I don't think anyone saw that coming. Of course there's more to that scene but I don't wan to spoil it.

The extended fight scene in the middle of the movie was great and the best action piece of the movie. I'm looking forward to watching that again. Widow hold her own against Winter Soldier, and then Cap and Winter Soldier face off in a very visceral street level way. There's a sense that Winter Soldier recognizes Cap from their shared history, and that was powerfully done.

The ending was a little frenetic- I would have liked t see a longer, uninterrupted fight scene between Cap and the Winter Soldier, but instead they rapidly switch between Cap, the Widow and the Falcon as they fight their respective enemies. I've seen some reviews note that the ending is a rather typical action set piece, and I agree. Lots of explosions and flying debris, but again an extended faceoff between the two principal players would have been a nice capstone to this movie. There's been some talk that Sebastian Stan (the actor who plays Winter Soldier) will replace as Cap at some point down the road, and given his performance in this movie that wouldn't necessarily be a bad thing. I like Evans as Cap a lot, he brings a wholesome everyman feel to the character, but if they do switch it up down the road they could do worse than Stan. He was one of the highlights of the film as the Winter Soldier. He could bring a little rough around the edges vibe while still staying true to the essence of the character.

I liked this movie a lot, and while it didn't quite live up to my (perhaps too high) expectations, it was still a blast and probably my favorite superhero movie to date. This movie was surprisingly dark at times, and some of the scenes couple with the music are pretty intense- just a word of caution to anyone who might take small kids to see this. 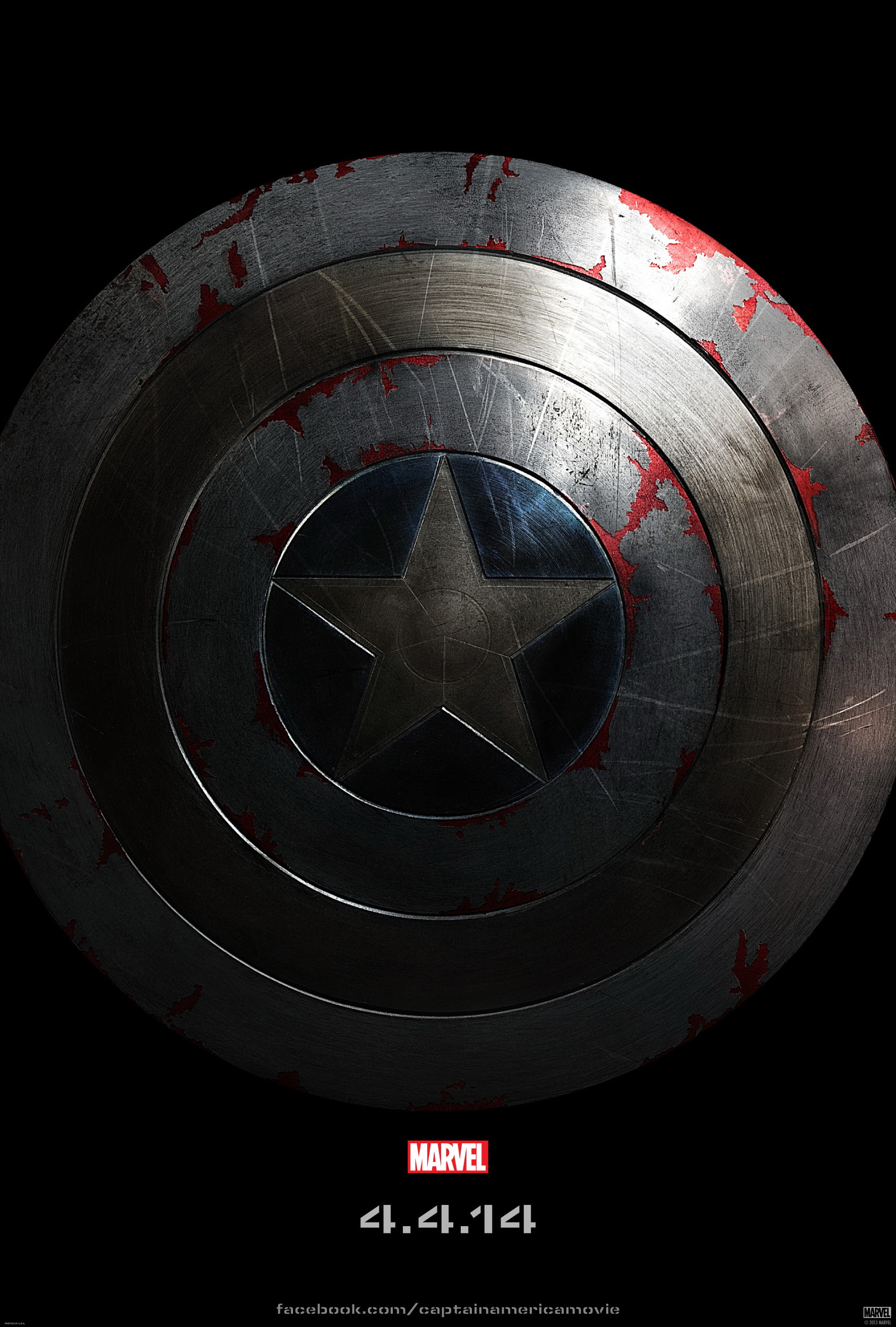