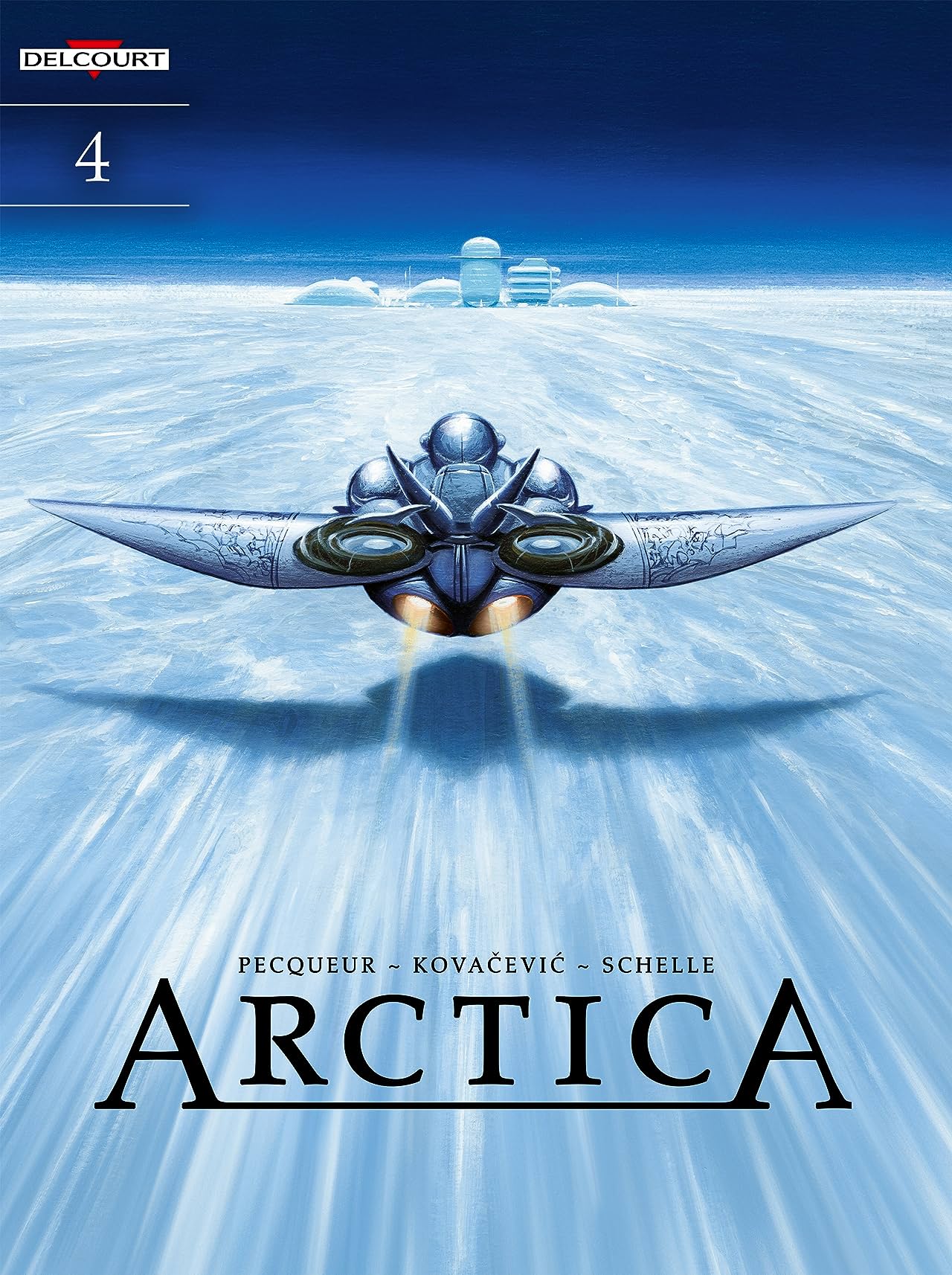 Arctica Vol. 4 gives us a bit more information to work with as Dakota and the Child, aided by Mimsy, try to stay out of the clutches of the Doge and the European secret service. The Child manages to  escape, and so does Mimsy, and they're soon on the run again- this time in Venice, where they end up after fleeing by jet ski from the Doge's facility at sea. It's Carnival time in Venice so they manage to score some costumes and blend in- and good thing too, because the Doge's men are pretty persistent. At the same time Dakota and his ex- wife are on the run from the police in Istanbul, and Dakota has to find a way to get out of the country.

He does so using the seaplane he took from Tatiana in the last book, but true to form nothing is easy and he gets shot down in the Adriatic Sea. This guy cannot catch a break. Mimsy seems to have things under control though, and as she and the Child blend into their surroundings in Venice, she learns more about the girl's background. I'll touch on that below in a spoilery section since I don't want to give everything away.

I love Dakota's ex- wife Ozlem. She takes the fall for him so he can get away and has to deal with the Turkish police, who are not happy that Dakota seems to have killed people in Istanbul. Mimsy's awesome too, and like I said we get more on the Child's past. And the art continues to impress- not so much the people but the landscapes and framing shots. The night shots of Venice and Istanbul here made me want to go there!

This is another strong, action packed installment and I want to know more about everything as this series goes along.

We finally get the Child's story! Her grandfather saved her from raiders ten thousand years in the past, but himself fell to an arrow- we already knew that part- but here we see the details. After he fell the Child was assisted by two people on futuristic vehicles, who helped put her grandfather in stasis until they could get a surgeon to save him. They then took her to the polar area where they were studying mammoths. Unfortunately a nearby mammoth herd took exception to the scientists capturing a baby and killed the scientists. The Child was the only survivor.

The Child, having no other options, put herself into the suspended animation capsule that Dakota would find ten thousand years later. So now we know her history. The question is- who are the futuristic people helping her? She seems to know them, or at least be comfortable around them, so the question becomes- is she one of them, or are people from elsewhere- or the future- helping her people in the distant past?
Posted by Greg at 6:48 PM