Book Beginnings on Fridays is hosted by Rose City Reader. The idea is to share the first sentence (or so) of the book you are reading, along with your initial thoughts about the sentence, impressions of the book, or anything else the opener inspires. Please remember to include the title of the book and the author's name.

A Poisoned Season by Tasha Alexander

There are several things one can depend upon during the London Season: an overwhelming barrage of invitations, friends whose loyalties turn suspect, and at least one overzealous suitor. This year was to prove no exception. 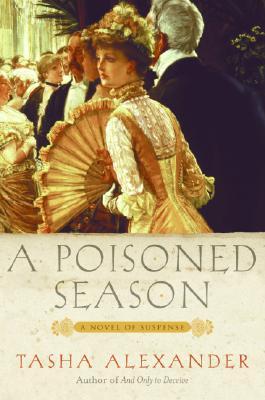 This is the second in Tasha Alexander's Lady Emily series. I really liked the first one and its nice to re- enter this world for a while. Of all the English country house/ high society mysteries I've read lately, this series is (so far) my favorite.