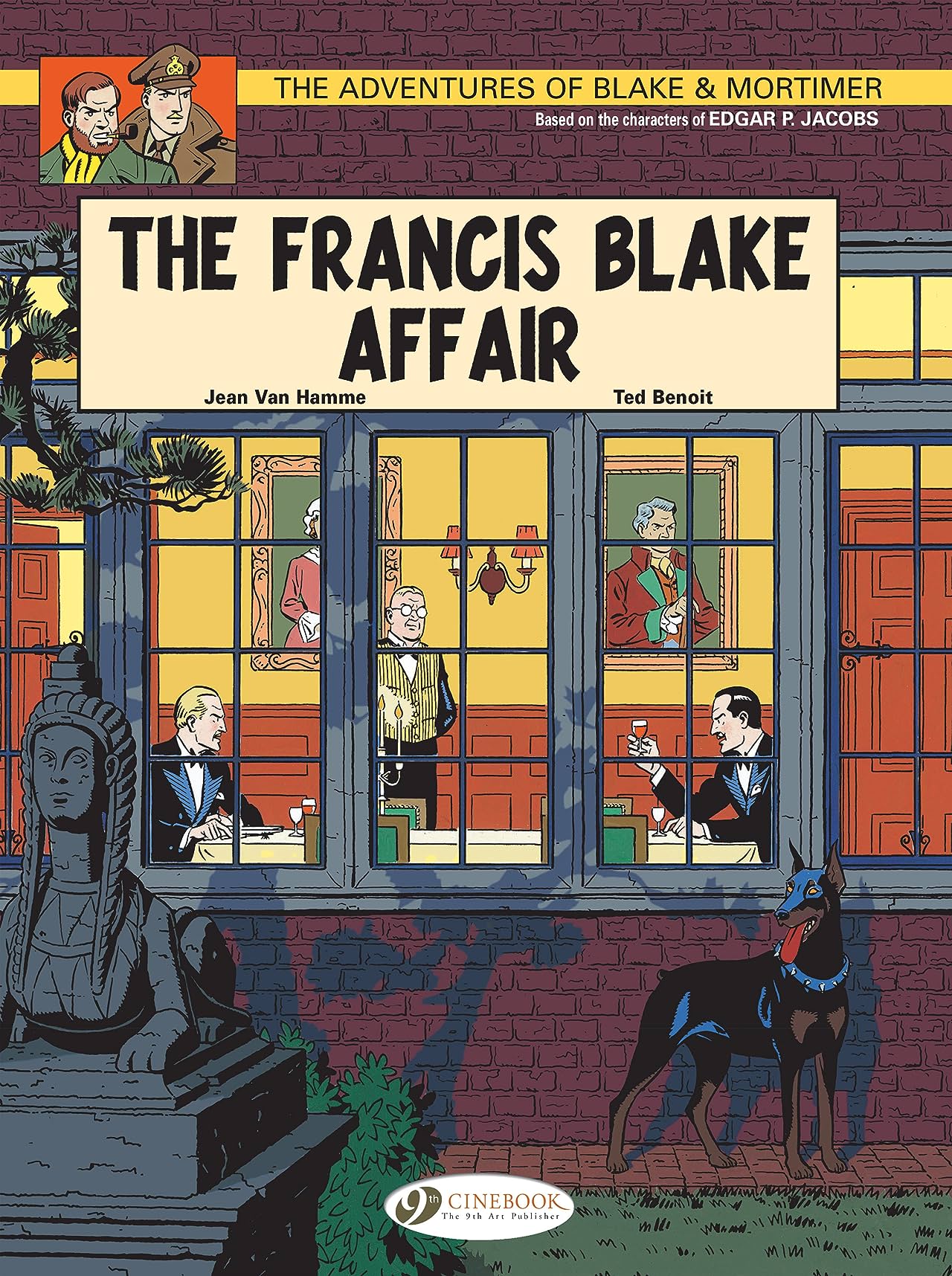 The Francis Blake Affair is one of the earlier adventures in the Blake & Mortimer canon and I enjoyed this one quite a bit. It's a straight up espionage storyline with Captain Blake being implicated in treason and having to go on the run, with the British secret services after him and his friend Mortimer trying to ascertain what's really happening. Is he really a traitor? Surely not, right? Well then why was he receiving funds from a suspicious account in the Bahamas? It all looks bad and pretty soon Mortimer is in trouble as well.

There are some nice twists and turns in this one, with safe houses and chases and all that, plus the usual British settings- drawing rooms and estates, castles and secret passages. This one takes the story from London to the remote Scottish highlands and the art is as serviceable and evocative as always. I especially liked the later sections in Scotland with standing stones and windswept moors. Really pulls you into the tale. I'm purchasing these totally out of order, buying them in the order that they look interesting to me, more or less, but it doesn't seem to be hurting my enjoyment any.

The villain Olrik reappears (apparently he's in a lot of these) and I felt at times like I was on a tour of Britain with all the traveling around. It's nice though to see the countryside and different areas depicted as integral to the story. There were times when I wanted to consult a map to see if such and such location was a real place! I'm sure readers in the U.K. would be quite familiar with a lot of the locations.

The thing I enjoyed the most was probably the spy network. Not just the bad guys but the network of agents that Blake had stationed around the countryside, and who were able to help Mortimer as he navigated through the morass of double crosses and intrigues. It was a lot of fun to go along with this story and just see where it led me- this is a fun book to read with something warm on a cold rainy night.
Greg at 7:02 PM
Share